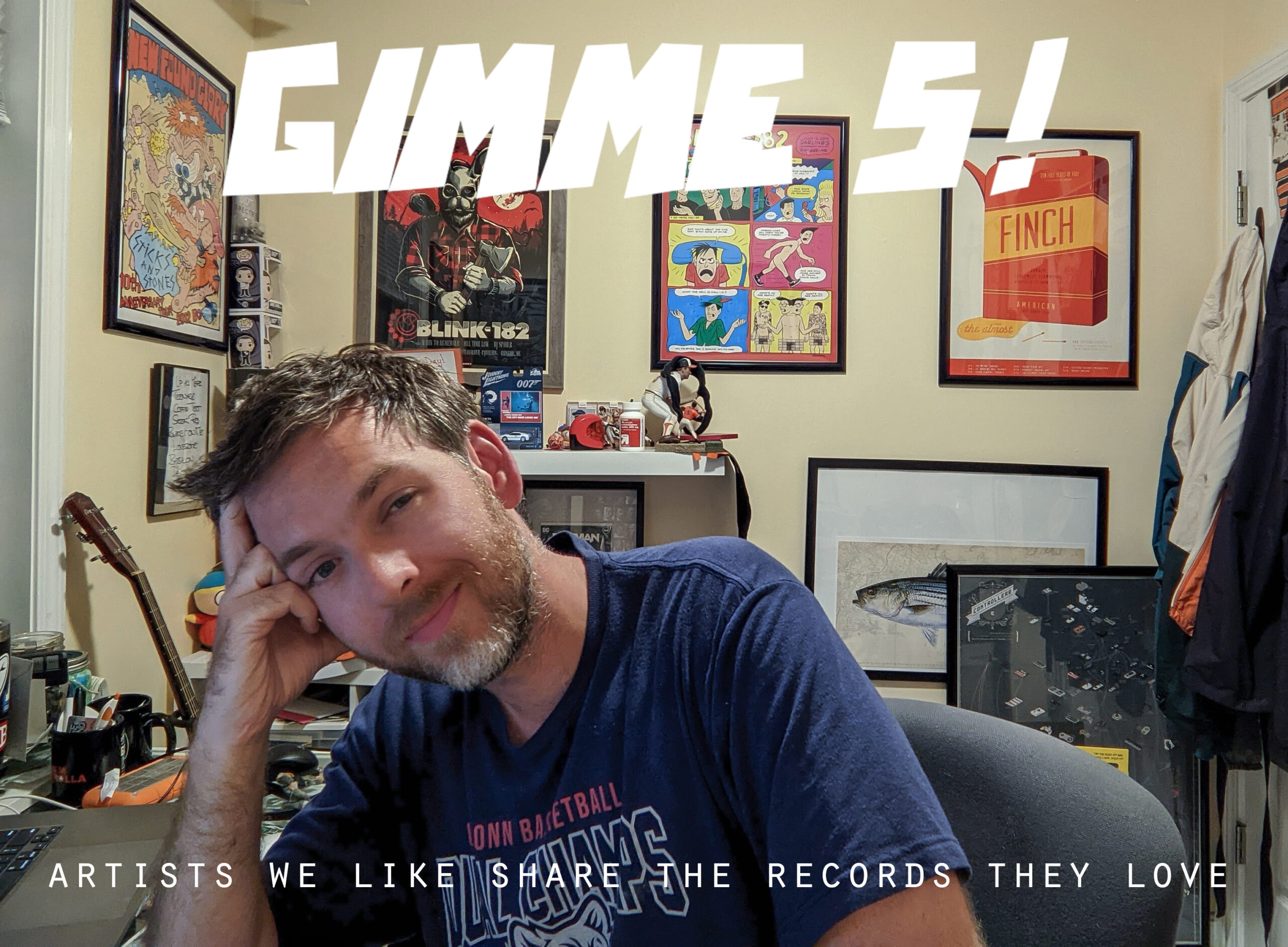 It’s exactly one year ago that I stumbled upon Parallel Bars, an “irreverent and irrelevant” solo project by American artist Neil Evans. I really liked his album Malaise, which reminded me somewhat of bands that combined rock and rap-like vocals 20-30 years ago, but seasoned with emo, punk, and ska influences (for example, listen to the earworm I Like What I Like). Today he releases his new full-length album, What Are You Doing?, a question the musician probably asks himself. The opening tune with the telling title Too Young To Quit, Too Old To Care reflects his attitude:  “Another dumb song you can roll your eyes at // Another dive in my mind for the panic attacks.” Obviously, Neil Evans is far too modest (or unjustly insecure about his qualities). The ten fresh Parallel Bars songs pick up where the ten previous ones left off, although the sound focuses more unequivocally on light-hearted emo rock, with relatable contemporary lyrics. Very likeable.

Neil previously indicated that he’s influenced by just about anything with great melody, lyrics, energy, and riffs, but I didn’t expect the albums he chooses below. Hold on tight for a surprising and eclectic episode of our Gimme 5! feature, with a wonderful insight into the soul of a musician who should receive more appreciation – from the audience, but also from himself.

“Most songwriters get inspired by other artists. I just get discouraged. One of my many flaws is that I’m acutely aware of my own musical limitations. I know I’ll never come close to vocalists like Garrett Dale or Drew Dijorio or Matty Healy and players like Dave Pino or Greg Bergdorf so I find myself going through a cycle of admiration, obsession, jealousy, self-loathing, resentment, acceptance, then back to admiration. It’s quite healthy!

Right around that stage of acceptance is where I do most of my writing. I really only care about what sounds cool or what makes me laugh during that process, and I think that really comes through on What Are You Doing? I need irreverence and levity in my music because we’re all doomed anyway and what’s the point of doing anything if you can’t have a little fun.

It’s painfully difficult to narrow down influences and references for Parallel Bars to just five albums, so I’m just going with records that have had an impact on me, records I’m trying to rip off, records that I aspire to, and records that check all the boxes for me—wit, riffs, anthemic hooks, flawless production, and a lyrical point of view.

For an extended look at the jams that kept me going this year check out a very lame extended playlist.”

1. The Appreciation Post || Work/Sleep [Deluxe Edition]
“This record is therapy for me. The themes and motifs of Jim Keaney’s lyrics floor me now more than ever. His transparency, vulnerability, and specificity elevate this album to all-time status for me. I’m No Sure Thing, No Songs is Good Songs, and Stubborn Heart are examples of Keaney’s great talent: pairing personal, cathartic writing with killer riffs and hook-laden synths. It’s the secret sauce—shiny on the outside, dark on the inside.”

2. One Direction || Midnight Memories
“I very intentionally approached What Are You Doing? wanting to write catchy melodies and simple earworms. Then I listened to the Every Single Album podcast featuring One Direction and I became interested in manufactured craft, the puzzle of arrangements, and the academic exercise of modern songwriting. I do not believe in guilty pleasures, so I have no shame in admitting my One Direction love. They are saccharine and corny and obvious plagiarizers, but that’s exactly why I dig them. Listening to music at the end of most days, I do not want to think. I just want big, dumb hooks.

So you can’t swoon over Harry now and continue the blatant poptimism without understanding the origin story! I gravitate towards Midnight Memories simply because it has my all-time favorite 1D song—Little Black Dress—which could easily be mistaken for a track from The Darkness.”

3. The Dirty Nil || Fuck Art
“Done With Drugs is a masterpiece. It is everything that I want in a song: sick guitar, soaring harmonies, a driving rhythm section, self-deprecating and clever lyrics. The Ikea line in the bridge killed me the first time I heard it, because yea, when you get old and don’t party anymore you think looking at furniture and doing home improvement projects constitutes a big weekend. (Shout out Frank the Tank). This whole album is great though—a real power trio throwback guitar record. There was some click-bait story going around a little while back about how no one likes guitar solos anymore or they’re passé in pop songs. Something like that. When I saw that headline, it was like, ‘Great! Let’s do as much gratuitous shredding as possible now!’ and I think we did the Nil proud. Scene points for name dropping Turnstile in Doom Boy before they blew up last year.”

4. Vatican || ULTRA
“I’ve spent a lot of time on HateFiveSix this past year admiring the resurgent U.S. hardcore scene and becoming a fan of bands like Gridiron, Omerta, and Magnitude. At the same time, I’m a Will Putney/Randy Lebouef (Stray From the Path, Vein.fm, Every Time I Die) fan boy on the production side. Everything they do is massive and crushing and at the same time very slick. This latest record from Vatican just destroys on all levels. By no means is Parallel Bars heavy or hardcore or metal, but my love for half-time, chunky breakdowns, and tight snares is definitely influenced by these scenes and the visceral live shows.”

5. Waltham || Permission to Build
“I was incredibly fortunate to go to college in Boston, MA in the early 2000s where the amount of great local bands was staggering, and national acts played constantly. I met a friend a school that took me to my first Big D and the Kids Table Halloween show and as we walked into Axis (RIP) there was this band dressed up as Daniel LaRusso in the shower and the Cobra Kai skeletons. They were nostalgic but authentic. Crooning and earnest. And completely refreshing with a throwback style akin to The Outfield and Eddie Money. That was my introduction to Waltham, and this record (while currently not available on streaming) continues to be a north star for me.”

What Are You Doing? by Parallel Bars is out now digitally (self-released).