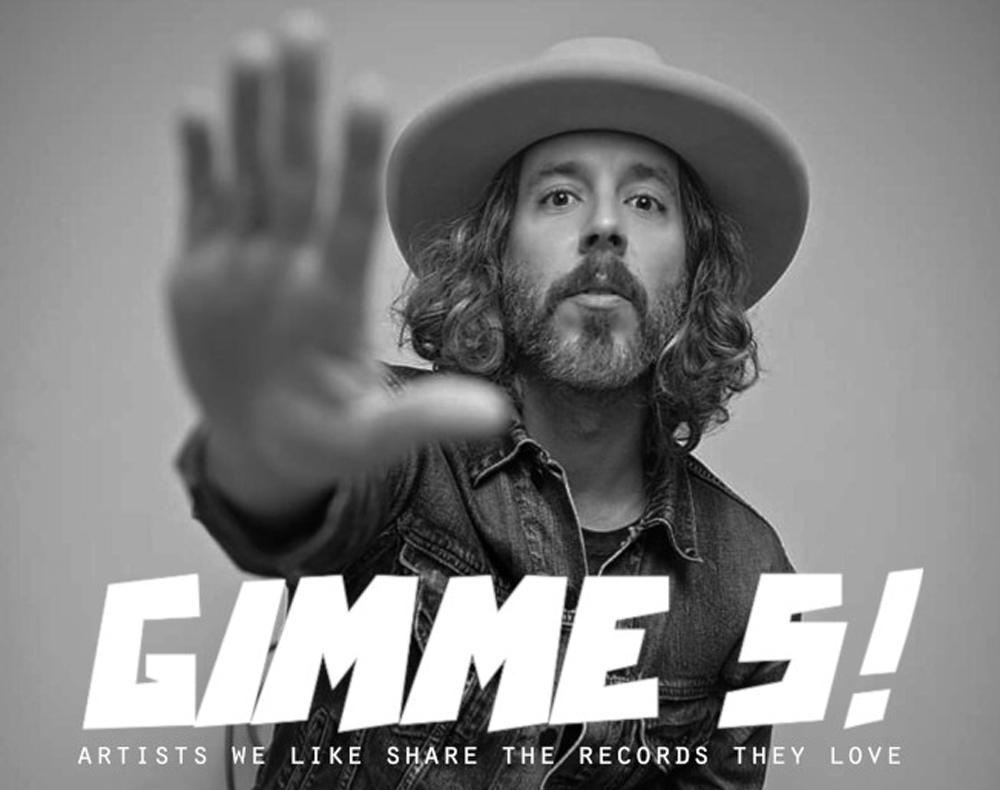 When I ordered Ryan Hamilton‘s solo debut album Hell Of A Day (2015) at the time, he wrote a personal thank you note, which shows how sympathetic this guy is. Since then, the Texan singer-songwriter has been continuously releasing new music, with a new LP every year: The Devil’s In The Detail ‎ (2017) and Traitors Club Year 1 (2018) by Ryan Hamilton & The Traitors, and This Is The Sound (2019) and Nowhere To Go But Everywhere (2020) by Ryan Hamilton And The Harlequin Ghosts. Little Steven heard it right (again): this is a cool musician who creates cool songs, an artist that deserves a cool label and more appreciation. During 2021, when touring was not possible due to the pandemic, Ryan has been releasing a new single the 12th of each month via Wicked Cool, for his project 1221. They include originals of his own as well as some covers, including The Refreshments’ Banditos.

The 2021 standalone singles will be bundled as one full album, titled 1221. Prior to its release this Friday, we asked Ryan about his sources of inspiration for all those great songs, and he was kind enough to answer in detail. His choices make perfect sense if you are familiar with his sound, but they give a new dimension to listening with his explanations.

Here’s Ryan Hamilton about 5 albums that he loves and that influenced 1221, in no particular order.

1. The Refreshments || Fizzy, Fuzzy, Big & Buzzy
“I can (and do) listen to this album over and over again. There’s not a bad song, or a bad moment on it. The melodies, the lyrics, the guitar sound… I love it all. It has this wonderful combination of depth, and fun… without ever being silly. Roger Clyne has been a big influence, and a good friend to me. I covered Banditos for 1221… and I drove myself crazy trying to do the original justice. This album is hallowed ground for me. Rock ‘n’ Roll at it’s 90’s Alt Rock finest.”

.
2. Weezer || Maladroit
“People seem to think I’m crazy when I say this is my favorite Weezer record. Haha. But it is! Everyone always talks about the Blue Album, or Pinkerton… or the Green Album. But, for me, this album has more balls than all those others combined. Songs like Dope Nose, and Slob. I mean… COME ON! The whole album gets my blood pumpin’! There’s a song on 1221 called If Life Was a Movie, and Maladroit was the sonic jumping off point for that one.”

.
3. David Bowie || Hunky Dory
“For me, this album, and Diamond Dogs are the most solid pop/rock albums, start to finish, that Bowie did. Hunky Dory is a pop/rock ‘n’ roll gift to us songwriters. Songs like Changes, and Life on Mars have this wonderful way of walking a fine line between pop, rock, and avant garde. Then you’ve got, Oh! You Pretty Things. What a hook. What a song! Damn, I miss David Bowie.”

.
4. Tom Petty || Wildflowers
“It’s no secret that I love Tom Petty. All of his albums are a songwriting masterclass. But this one is special. Wildflowers has it all. Tom, and this album in particular, influence everything I do. From the beauty of the song Wildflowers to the bar burner style balls of Honey Bee. This album has it everything, without any of it feeling like it doesn’t belong. It’s magic. If I’m ever feeling uninspired, all I have to do is put this album on. It pretty much always results in me picking up a guitar.”

.
5. Oasis ||(What’s The Story) Morning Glory?
“This album was BIG for me when it came out. Oasis were one of the last bands that felt like real Rock ‘n’ Roll. That feeling that no-one in today’s “cancel culture” gets to experience. Oasis felt dirty (in a good way)… or like you were getting away with something naughty when you listened to them. The album felt rebellious, and I’m thankful I was around to experience it. Now, maybe I shouldn’t mention this… but I’m going to. Haha. I accidentally, subconsciously, borrowed from the song Don’t Look Back in Anger. Maybe no one will ever notice… and it’s nothing I did intentionally. It just happens sometimes as a songwriter! There’s a song on 1221 called Caught Up in a Moment… and yeah, it just happened. I’m not gonna say anything else about it. Maybe no-one will ever notice. Haha.”

.
Ryan Hamilton’s new album 1221 will be released on November 26 on Wicked Cool Records.