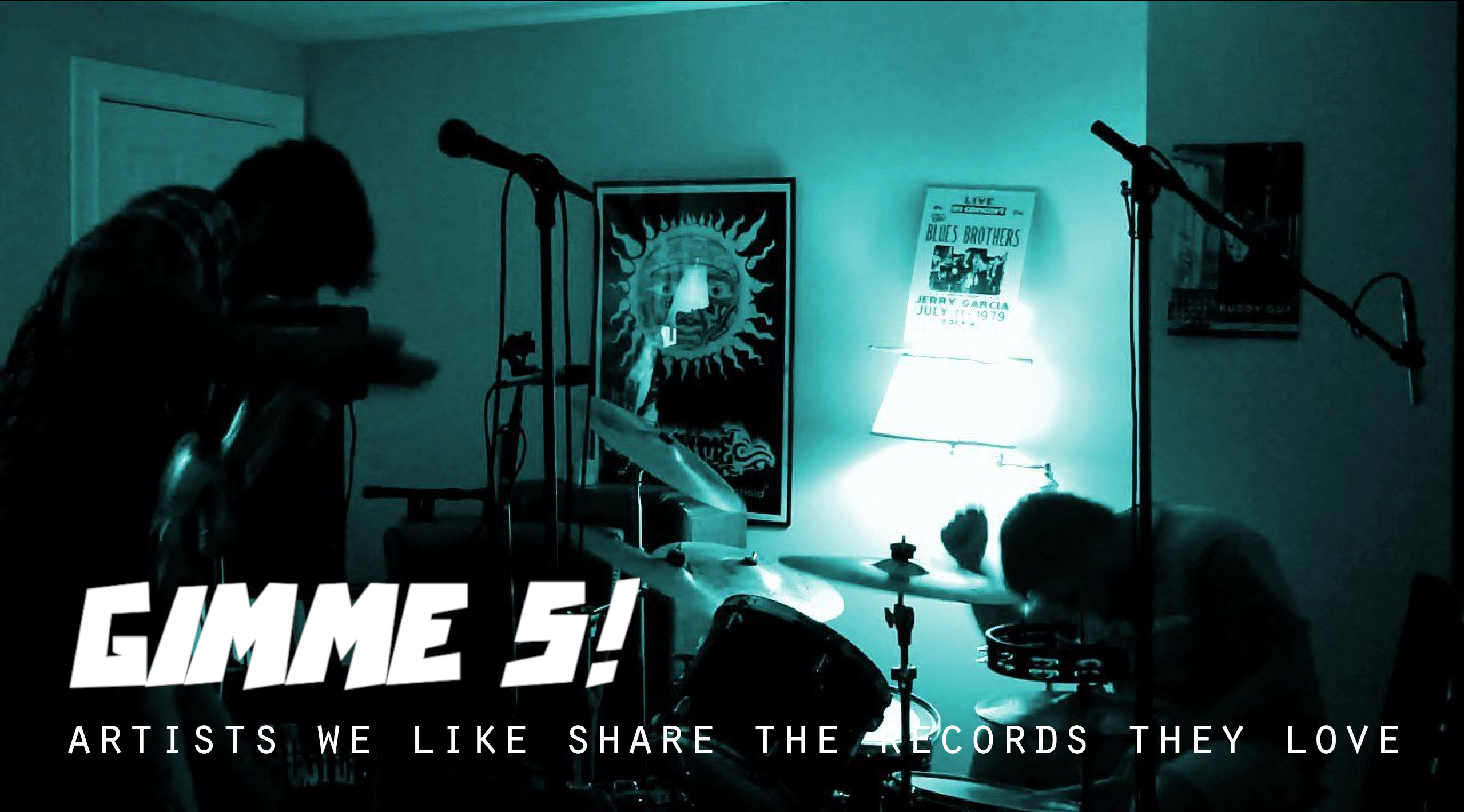 “Rodney is a rock guy and I’m a pure blues guy. Not to say I’m a blues purist, I’m anything but. I love experiments and risks taken with the genre from the likes of Muddy Waters on Electric Mud to G. Love and Special Sauce’s self-titled debut (our Band name Cold Beverage comes from a G. Love & Special Sauce song title). But where I love manipulating the simple blues structure and pushing the limit on the few rules that blues presents you with, Rodney is much more open to pushing the envelope well beyond the limits of blues- but it has to really rock.

We both love recordings that are done live, recordings that have to accept imperfections. Of course a perfectly crafted, cut together song can be great, just like a digitally edited photo can be beautiful or a CGI movie can be awesome. But there’s just something different about listening to a moment in time. Early 60’s garage rock is a perfect example of this, and we feel is the best example of rock ‘n’ roll that exists. It’s highly blues based, very energized and, because of tight budgets, relied on choosing between a few imperfect quick takes and making do. No matter our genre, that’s the energy we want to capture when we play and record.

Though not perfect, this is a list of the 5 albums we believe influenced us the most when building up to our debut album, Hot Wax.”

“The Black Diamond Heavies are the reason we play music. This Tennessee/Kentucky garage punk/blues duo blew us away. During their short time touring we went to see them live at least half a dozen times. Two guys who played as hard as they could and created as full of a sound live as I’ve seen full bands put out in a studio, the Heavies will forever live as our favorite band. They took some risks in the studio and their first recording somehow does their live shows justice. The mix is wild, it’s like they’re trying to break your speakers on purpose. You can hear the drummer, Van Campbell, yelling in the background while the lead man on the keys, John Wesley Meyers (aka Reverend James Leg) is in the foreground growling like Tom Waits. Their song Poor Brown Sugar was the first song we ever played out live. From them we learned about groups like Left Lane Cruiser, The Immortal Lee County Killers, Radio Moscow and the one man band sensation who is criminally unknown, Reverend Deadeye.”

“This is the definitive Chicago blues album – funnily enough, Buddy Guy had to go to France to get it recorded properly. The story goes that Buddy Guy would perform these absolutely electric, otherworldly live shows but when he got into a studio producers had him cut 2:30 long pop versions of his songs or covers. Guy never really took off in popularity at this time. One guy in France took a shot at recording a Buddy Guy album just as he would play it live and it is absolute perfection. The first track, I Smell a Rat, is so insane that I consider this take on the blues almost psychedelic, despite him not using any of the traditional psychedelic effects. Guy’s singing is manic, desperate and often overlooked. Here his singing is top notch, maybe the best performance he’s had, but his vocals are still overshadowed by his guitar work. He’s explosive, wildly inventive and breaks through a lot of phrasing conventions that you’re used to hearing in Chicago blues. If you’ve never heard this album or aren’t really a Buddy Guy fan, do NOT look it up casually on Spotify or listen to the link provided here – go home, grab a strong drink and turn it up as loud as you and your neighbors can stand it. The more you think you know about blues, the less prepared you will be. This man bends notes to the point of breaking and even seems to break time itself in moments throughout this album. Honorable Mentions: BB King || Live in Japan; Freddie King || Rockin’ The Blues (Live!); Jimi Hendrix || Blues.”

“Does there remain anything novel to say about the White Stripes? When we think of the White Stripes, we think of their self-titled debut. I fully acknowledge that our writing and performing style lean heavily on the White Stripes and I don’t really care. When I Hear My Name is a perfect White Stripes song. It’s 2 minutes long, simple, desperate, has an amazing tempo/intensity change in the middle of the song, and just absolutely rips. Many point to either Elephant or White Blood Cells as their best album, but to us nothing is better than their debut. They’re raw and out of control in this album, something which they cannot recreate after years of touring. It seems like if you become a pro, become too good, you can’t recreate this no matter how hard you try. This may sound like an insult but it is absolutely not, but when compared to modern music conventions there is a deep level of ignorance in these tracks, and it truly is bliss. When picking this out among other hard garage-rocking bands we thought of including the likes of the Soledad Brothers, The Greenhornes or the Flat Duo Jets, but we couldn’t justify them unseating the White Stripes when it comes to the astounding level of ingenuity on display here and their influence on our sound.”

“Rodney B. was raised on a proper diet of classic rock during his youth. An old rock and roll purist, Rodney’s dad dedicated more money than he probably should have to a premier sound system in their house. When his neighbors complained about him listening to music too loudly he simply decided to save up and install triple plane glass windows so he could listen to his music “properly”, and his son took this lesson to heart. Rodney found Masters of Reality used at Pop’s resale in Lexington, KY when we lived together there and he wouldn’t stop listening to it. Neither of us delve too far into heavier rock – this probably marks our high water mark for metal – but we can’t deny that this album hits us perfectly. Rodney’s favorite track, Into the Void, means business and has this driving force of energy all the way through its 6:00+ runtime, despite (or maybe because of) it’s many alterations throughout. There are other rock acts from many eras and many sub-genres we thought about putting here, from Link Wray and Elvis to Jimi Hendrix and Led Zeppelin all the way to the Red Hot Chili Peppers and Green Day, but Black Sabbath is probably the pure rock act that inspires Rodney’s drumming the most.”

“You can’t get too lost in blues talking only about Chicago style, hill country blues is where the genre has maintained its charm. We’re talking blues where rhythm is king, not wailing guitar solos. I was torn between RL Burnside || Burnside on Burnside; Hound Dog Taylor || Release the Hound; Satan & Adam || Harlem Blues, or even going back a bit older to the king of this style with Bukka White || Parchman Farm. But nothing will surpass a legendary John Lee Hooker being produced by Canned Heat. Hooker seems to be going through this double album effortlessly. Meanwhile the adulation from guys in Canned Heat is so heavy that you can feel it. The band will occasionally sit in and talk with him, soaking up every bit of information he casually blesses them with, and on the second disc of this double album they sit in for him as a backing band as he really teaches them what boogie music is all about. The track Burning Hell, after a 1:30 intro of Hooker telling a story about one of his old friends, is one of the only blues songs that I will cover when playing live by myself. I want to live in this song. I love how he is using the guitar as a percussion instrument. I love how there’s a verse where the harmonica cuts him off and he just lets it go, giving his partner a “hey hey” letting him know that he can take over for a while. This isn’t just a song, it’s a trance.”