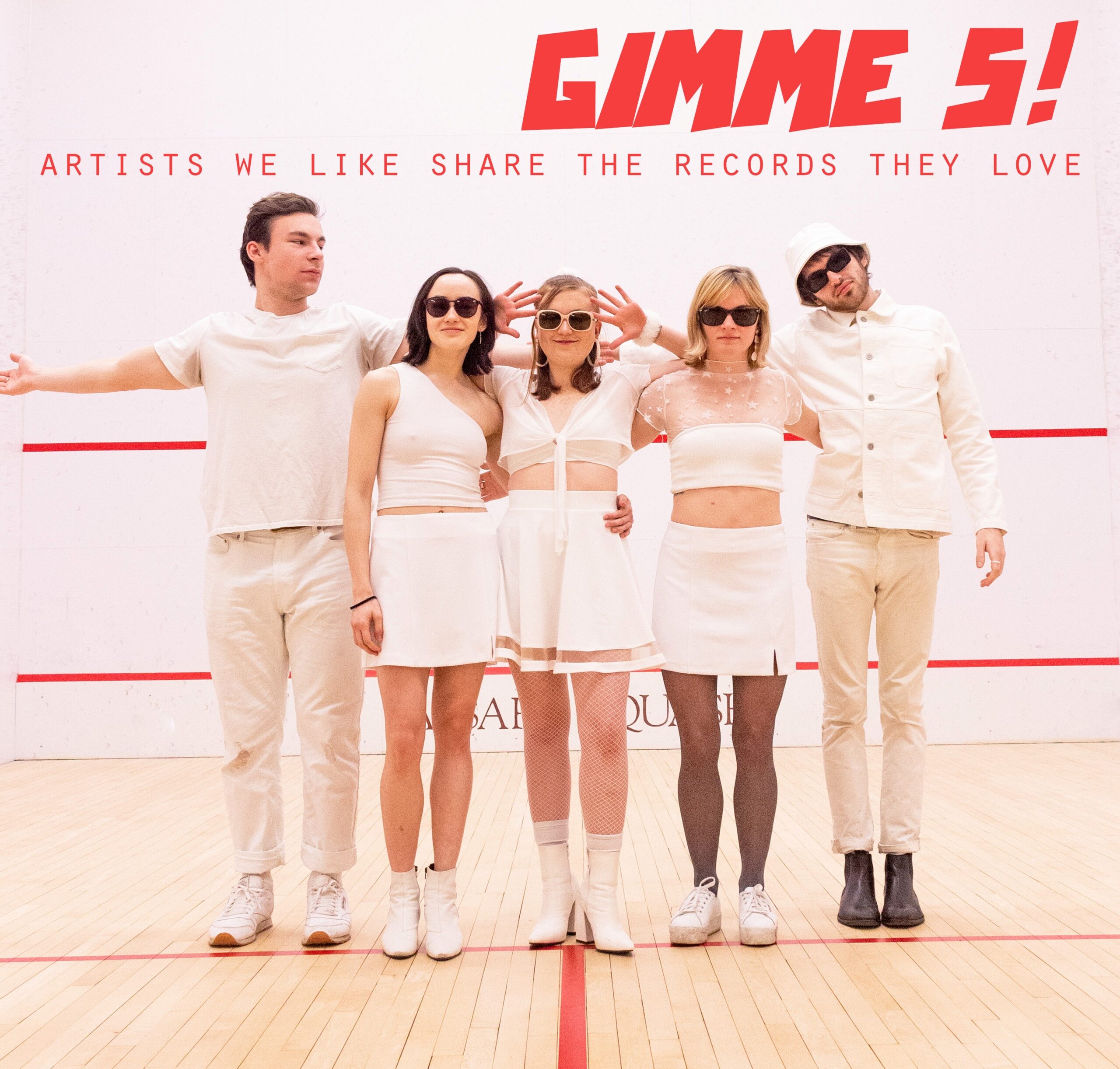 For their Gimme 5! all 5 band members picked an album, providing insight in their musical influences for Good Kids Make Bad Apples, but also into the group dynamics of Spud Cannon. If this band ever writes their definitive oral history of Spud Cannon, I am definitely reading it. I’ll let Spud Cannon guitarist Jackson Walker Lewis introduce the list. Enjoy!

Jackson Walker Lewis (guitars); “When we began tracking Good Kids Make Bad Apples in the summer of 2019 in the Vassar College squash courts, it was a period of immense transition for our band. I had just graduated, the girls were entering their senior year, and our interpersonal relationships were becoming increasingly frayed. At the start, the album felt like a last waltz of sorts, and the only reason we even humored a squash court was that we felt the stakes to be incredibly low: who really cared about us anyway? Now years later, it stands as an album that brought us closer together than ever, and documented a moment in our lives that is universal to all: youth teetering on the precipice of adulthood, full of hope, anxiety, andconfusion. These are the five records that we listened to that summer, all tour van favorites.”

Jackson Walker Lewis (guitars): “At this point within our band, my oozing appreciation for Pet Sounds has become somewhat of a joke. But I can’t help it–to me, Brian Wilson is Mozart, and Pet Sounds is his greatest symphony, a masterwork of a magnitude I can’t fathom, but can deeply appreciate. The first time I heard my guitar in the squash courts, I felt bathed in the reverberance, and it instantly made me think of the wall-of-sound production on Pet Sounds I love so dearly. In truth, for me at least, Pet Sounds was the main impetus to even bother recording in the squash courts in the first place. All of the songs are great, but it’s hard to think of a better opener than Wouldn’t It Be Nice.”

Ariana Bowe (keyboards): “What I take away every time I listen to Rumours is that songs about heartbreak and mounting internal strife can sound like anything – Go Your Own Way makes heartbreak rock and you can’t convince me otherwise. That, and it’s fair game to write about your fellow band members (which we do… a lot). Nearly every member of our band has “Fleetwood Mac’d” it at one point or another, so it’s only fair we get to let off some steam in the lyrics.”

Ben Scharf (drums): “LCD Soundsystem’s signature marriage of dance, electronic, and rock music has filled my headphones for many years. Relentlessly playing their music in the mini-van on the way to gigs, I can only hope that some of their sounds have come to influence Good Kids Make Bad Apples. Songs like Out! and Lovely find us experimenting with new rhythms, instruments, and synth sounds. However, throughout this journey, we agreed that our natural, unadulterated live sound as a band should serve as the centerpiece of the album. It was this idea of uniting our experimental and electronic interests, with our reputation as a rowdy live band, that I would like to think stemmed, in some part, from James Murphy and company.”

Meg Matthews (lead vox): “I’ve long admired Rubblebucket’s ability to mix genres and turn tumultuous experiences into danceable bops, and Sun Machine does this especially well. Through energetic beats, catchy melodies, and sassy yet heartfelt lyrics, the album chronicles deeply emotional journeys such as addiction and self-discovery— and tells many stories of within-band relationships. When you put the music first, the band not only survives the strain of breakups and other clashes, but comes out with healthier dynamics and more creativity than ever before.”

Lucy Horgan (bass and vox): “Alvvays is always featured heavily on my personal playlists (pun intended). The vocals are airy and sweet, supported by dreamy instrumentals that hit hard. Their songs are a delicious blend of upbeat and melancholy, which I feel is the best way to write about heartbreak and pain across the board. I really appreciate their beautiful blend of female harmonies, and I definitely feel that aspect of their songwriting inspired our vocal creative process.”