Every now and then, you come across a release that instantly intrigues but is clouded in mystery. Case in point: The Blast Off Girls EP. Perth label Igloo Records released it earlier this month, but it sounds like it’s from a different era. Songs like You’ve Been Messin’, Je M’apelle Femme Fatale, and Wrong Side Of The Tracks would fit right in on those sixties garage/girl group compilations we all love.

The Blast Off Girls look like they are from that era as well, with band members in ’60s dresses, gogo boots and armed with ray guns. It’s a lot of fun, and I was surprised how little I could find about the release. Fortunately, I came across the FB page of one of the Blast Off Girls, Hayley Comet. I reached out, and she was kind enough to uncover some of the mystery surrounding The Blast Off Girls. Read below to find out more about this short-lived project. The Blast Off Girls, from left to right Beck-A-Boom-Boom, K. Sputnik, and Hayley Comet

Could you give some background to how this project started? What were your influences? Did you do any touring, create video’s? Did the band stay underground or were you a big thing back home? How long did you stay together?

“The Blast Off Girls are K. Sputnik, keys and vocals, Beck-A-Boom-Boom, drums and vocals, and Hayley Comet, guitar and vocals. The band were only together for a short time in 2006-07.

I’d been playing guitar and singing in a number of local punk bands at the time, and I just met Karen from going to the same gigs. Karen’s an incredible keyboardist and she’s also a gogo dancer, she performed at the Primitive Festival in the Netherlands, and she’s incredibly knowledgeable about all things vintage; everything to do with 1960’s garage culture. There was a decent garage scene in Perth at the time, especially within venues like the Hula Bula Bar and Deville’s. Perth is a very small city – it’s literally the most isolated capital city in the world – so you often end up playing on lineups with bands who are totally different from your style, that’s how we met.”

“Our influences were 60’s girl groups like the Shangri-Las, Ace of Cups, all the Girls in the Garage compilations, and She. The first track on the album is a cover of “Outta Reach”, by She. The band name comes from the 1967 Herschell Gordon Lewis exploitation film of the same name, which is hilarious and has a cameo by Colonel Sanders!

We made a video for the song ”Wrong Side of the Tracks”, which was filmed in Karen’s back yard. It’s a zombie love story, with the three of us in matching silver dresses. You can find it on YouTube.”

About the release: Why now? And, are there any plans for The Blast Off Girls to get back together?

“The album was produced by Adem Kerimofski, who is well-known for playing in the band Turnstyle. Adem K initially started the label Igloo Records to release Turnstyle material, but has since dug up and remixed a lot of unreleased material. If it wasn’t for Adem and engineer Laurie Sinagra, the Blast Off Girls record would never have seen the light of day. Unfortunately the band broke up soon after recording the album and have no plans to get back together, but we’re proud of this little gem we made 15 years ago, when we were so bright and optimistic! While we were only together for a short time, we played a lot of awesome gigs, and the album was so much fun to record.”

Will there be a physical release?

“For now it’s just a digital release, and you can find it here on bandcamp, or on all the streaming platforms.” 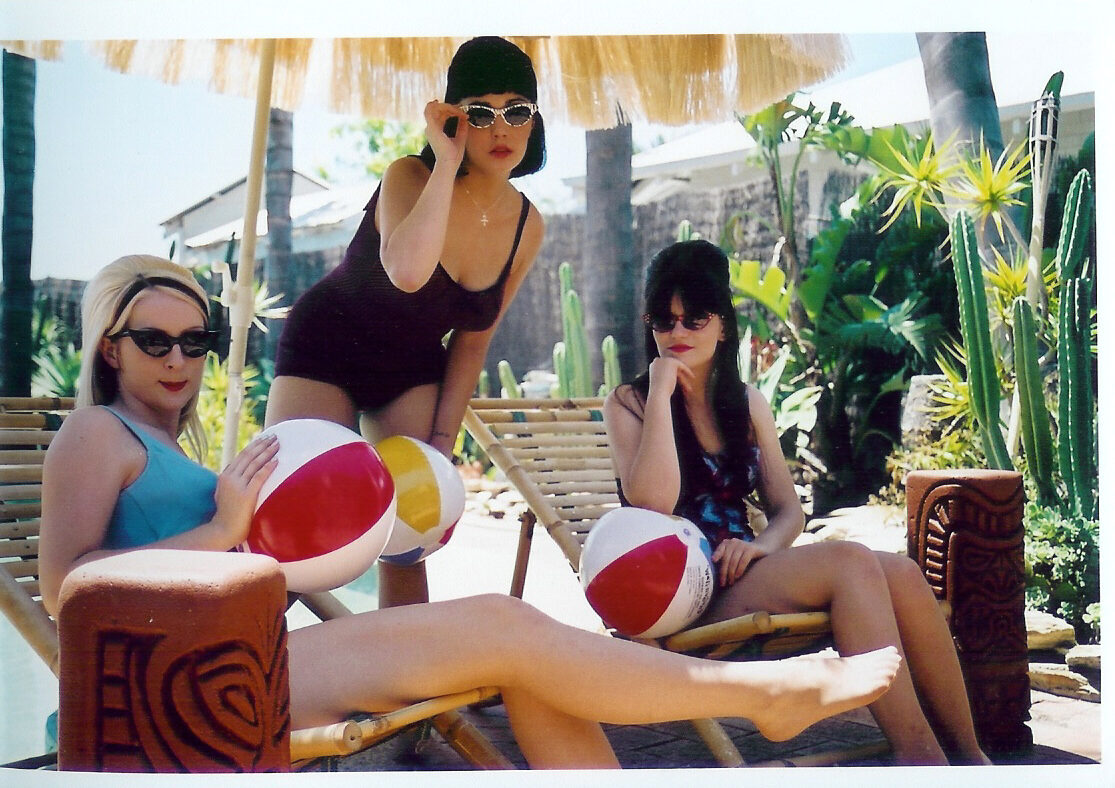 Nowadays, Hayley performs as a solo artist. Check out her solo work here.