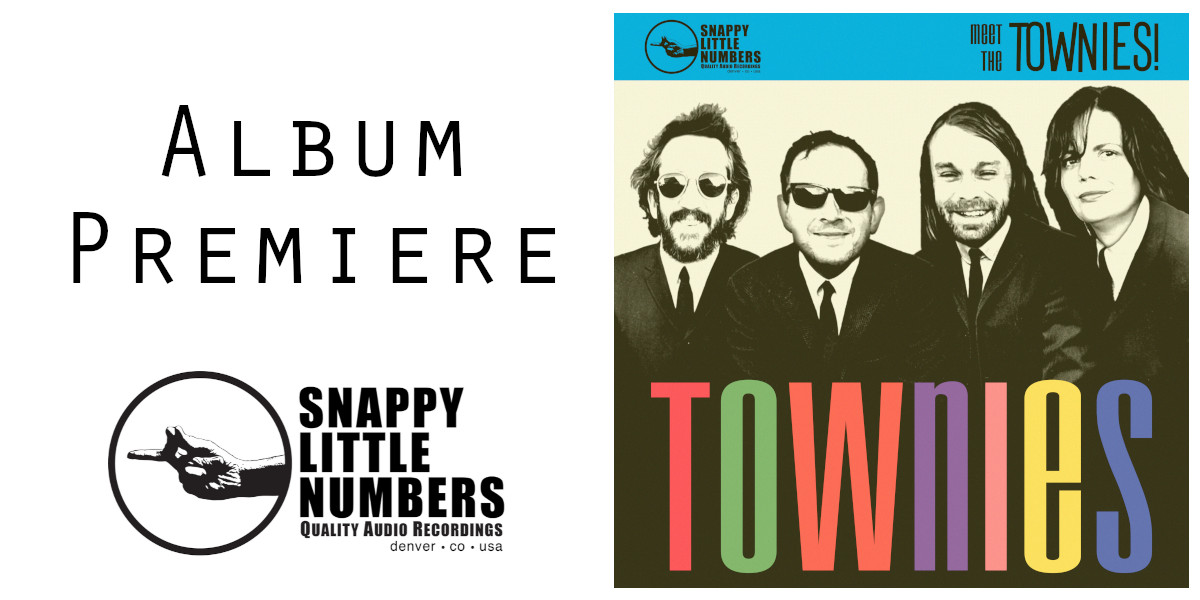 Today, we proudly premiere the debut LP from Townies. It’s called Meet The Townies and will be out June 24 on Snappy Little Numbers.

The Townies are from an unlikely place of origin. “The Townies came about by virtue of these old punkers landing in Trinidad, a small working class rural town (pop. 8100) on Colorado’s southern border. Trinidad didn’t have a punk band. Now they do, whether they like it or not,” the band explains.  Like any self-respecting punk band, Townies write mostly about stuff they dislike. In doing so, Townies are unafraid to step on toes. I Don’t Like The Beatles, one of the standouts on the record is a good example of this; Jazz Is For Assholes another. Cops and Texas weed tourists are also targeted, and it makes sense the band covers I Don’t Care About You by Fear. Don’t be put off by that supposed negativity though. “Yeah, it’s a pretty negative album. Most of that is significantly tongue in cheek though. What can we say? This life, these times, etc. I Like the Beatles is a song that’s been done a million times, ya know?” [post continues below]

For a negative album, Meet The Townies sure sounds a lot like fun. And if you ask them nicely, The Townies will admit to actually liking things. Well, bands mostly, like classic punk bands and The Rolling Stones. “We rip them off big time in that Bad Freeze intro,” the band continues. “This is gonna make us sound old (and we sure are on the old side for releasing a debut punk record), but this album is kind of a love letter to the bands that shaped us. Though mostly originals, and mostly lyrically in tune with modern life, a good ear can flip through each song and pick out the major influences/artists we’re stealing from (The Cramps, Dead Milkmen, Dead Kennedys, Avengers, X, Rolling Stones, etc.).”

It’s up to you if you want to test the quality of your ear to the challenge posed by The Townies. But whatever you decide, Meet The Townies won’t feel like home work or a choir. It’s a rock’n’rolling punk record decidedly out of time and less worried with being hip than kicking ass. Or like Townies singer Suzanne Agnusson puts it: “I really like dumplings, but have yet to write a song about it.”

Meet The Townies will be out on CD, Cassette and digital services this Friday. Until then, find the Add To Wantlist exclusive stream below. Pre-order available at Snappy Little Numbers!