Ready for some Ramones & Beach Boys worship? Can’t wait for summer? Listen to Pedico! Pedico are from New York and feature Jake (guitar, vocals), Griff (bass, vocals) and Chris (drums). They roll out lo-fi surfy poppunk’n’roll tunes that are so addictive, I can’t stop playing them. And if you are a Youtube frequenter, they have that Beastie Boys knack for making fun videos as well. [continued below]

There are 17 hook filled songs on their most recent full-length Murder Hawai’i,  most don’t make it to the two minute mark. There is a contagious energy to the songs and they are meant to play loud, My favorite song on the record currently is I’m A City . They filmed a video for the song in 2015, but they only recently released it, watch below. The release of the record also took some time, as the band faced plenty of bumps and dramatic turns along the way.  I’ll let the band explain:  “Murder Hawai’i is a record that was recorded over a long period of time (starting around 2014) and was shelved due to internal political disagreements, then finally released in 2020. The I’m a City video was filmed in 2015 as a single before the project was temporarily shelved. We also filmed a video for Preppy Killer, featuring a cameo from TheFatJewish (of 11 million instagram followers and White Girl Rose). We did not  release that video because we never approved of the concept and the director basically took over (he was financing the shoot) and created a travesty.” Rare photo from that Preppy Killer shoot below: 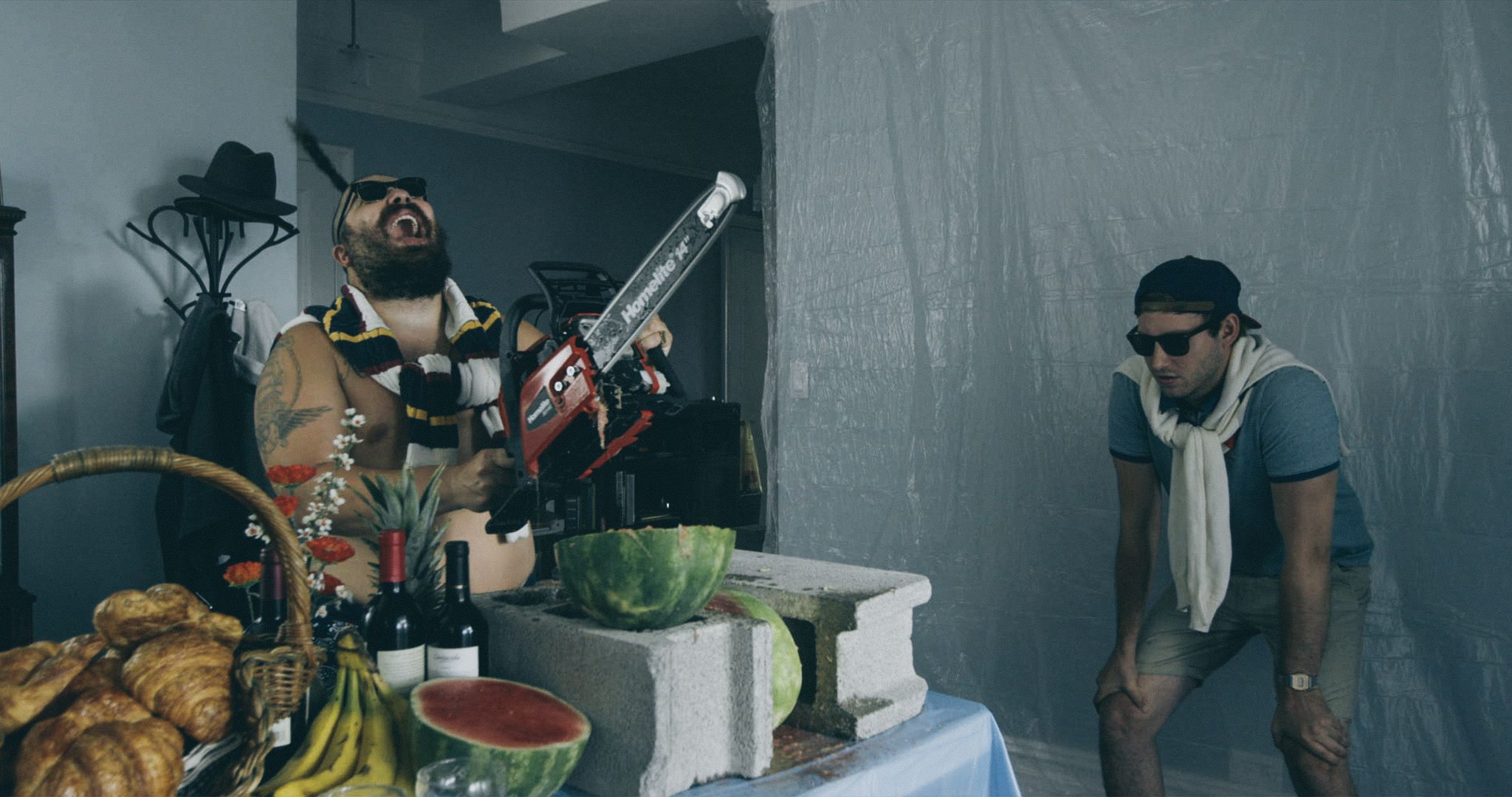 Pedico are a reminder of why I love to scrape the internet for unknown bands. They released a terrific new single last week (The Dads), but they also have quite the back catalogue to dive into, including a Beach Boys cover album. Unfortunately, their releases are digital only, but if they ever want to do a physical release, I’m all in!

That leaves one final dilemma to resolve, who do the band prefer: Ramones of Beach Boys? “Damn that’s a tough choice. The Ramones took the sound that the Beach Boys created (specifically Joey and Dee Dee) to a new level with more energy and louder drums. But the Beach Boys are probably the best band of all time, and their harmony blend is unbeatable. Even their 70s stuff is underrated. So I guess we’ll have to go with Beach Boys.”