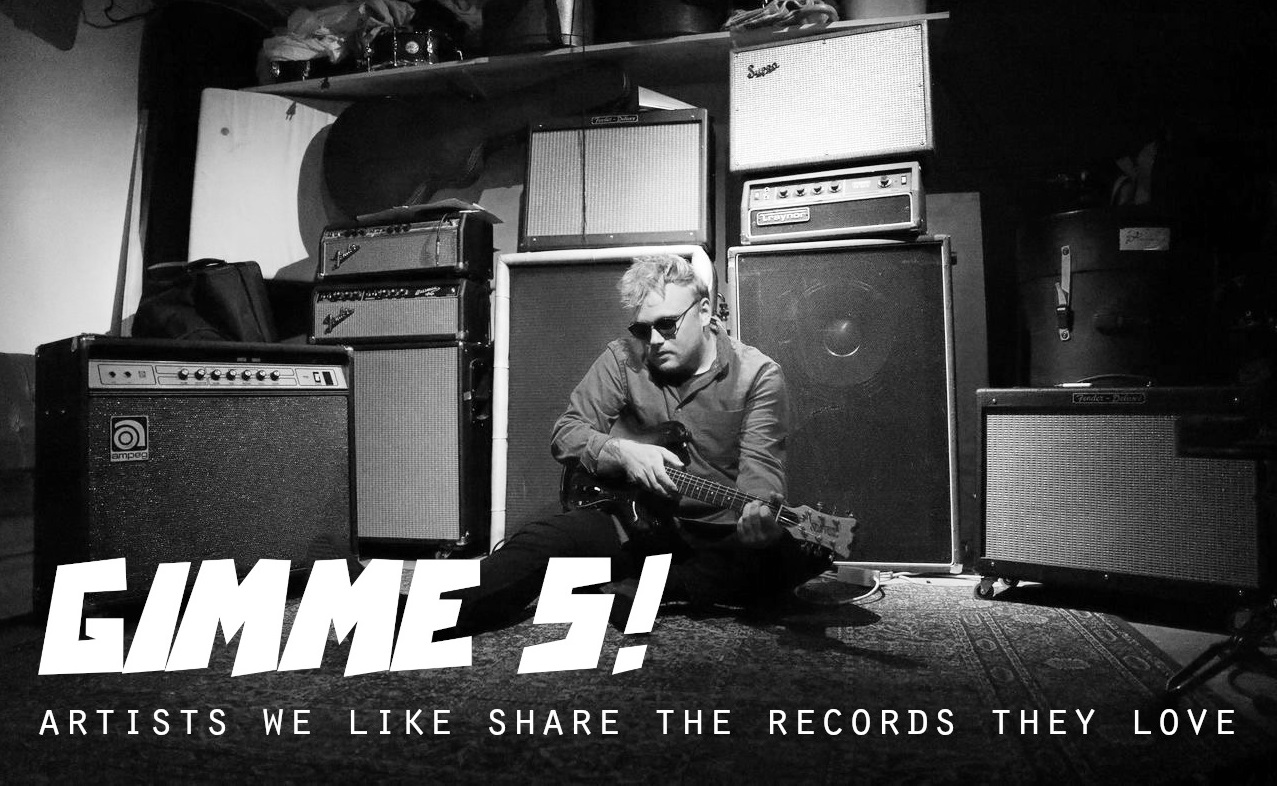 With ‘Gimme 5!’ we take a peek into the collections of artists we admire. The premise is simple: artists WE like share 5 records THEY love. Previous installments feature Rob Nesbitt (The Suitesixteen), Scott Davis (Virginia Trance), Jacob Lewis (Western Threads), and Chelo (Fievre).

In about four weeks, Jakob Mind (Sweden) will release his solo debut ‘The One Who Got Away’ on Lövely Records. It’s a record we very much look forward to. If you are unfamiliar with Jakob’s music, he plays in Rotten Mind and is a master in hitting that sweet spot between garage, punk and power pop – listen to exhibit A:

Based on the first teaser tracks, The One Who Got Away is a bit more stripped down and may be even more melodic and contagious than the most recent Rotten Mind record. Watch The City Burn already is a frontrunner for my favorite song of the year (watch below, exhibit B). Unsurprisingly, pre-orders for the record are going fast.

We are delighted that Jakob wanted to share 5 records that influence his music. Click on read more to see his list. Jakob added words to explain his picks, and we included a video of his favorite song of each record. Thanks a lot, Jakob!

Jakob Mind: “These are not on my wantlist, I already have them. But if you don’t have them, put them on your wantlist. They all have inspired me somehow when it comes to making music and they are obviously records I still listen to a lot.”

“Their best record in my opinion and as for everybody else, Ramones were my way in to punk rock.”

“It was an eye opener for me when this came out, that you could still do music this good.”

“Just perfect punk rock, from Belgium! Every song is a banger.”

“I found this pretty late, if you think about when it came out. Just a few years ago, and it’s been one of my go to records ever since. It’s pretty straight forward punk rock but with an “artsy” twist to it. I saw a comment somewhere that “it’s like if the Ramones went to art school”. Well, yeah.”

“One of the best records to come out of Sweden. It’s somewhere between punk, goth, post punk and everything else. It’s hard to describe so you should have a listen yourself.”

1 thought on “Gimme 5! Jakob Mind Shares 5 Classic Albums That Inspired The One Who Got Away”