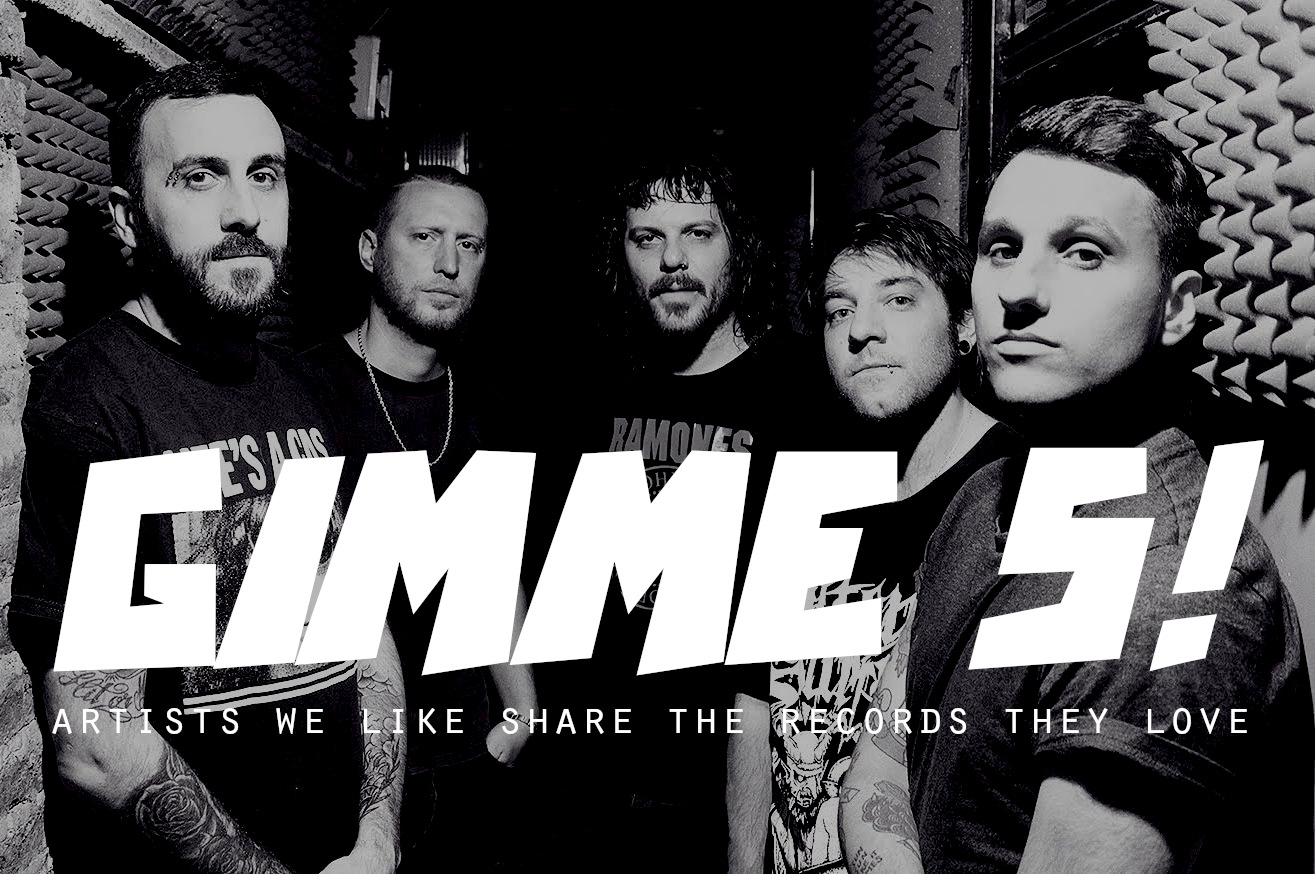 Add to Wantlist is all about finding that next musthave record for (y)our collection. There are of course many ways to achieve this. We all have trusted record labels, record stores, music blogs, reviewers and playlist curators. With Gimme 5! we take a peek into the collections of artists we admire. The premise is simple: artists WE like, share 5 records THEY love. Sometimes this will be all time-favorites, but the top 5 can also be more genre-, scene-, theme- or region-specific.

To kick things off, we asked our new favorite Argentinian punk band Fievre to introduce us into a scene that, in all honesty, is unknown territory to us. Fievre singer Chelo (left on photo above) was so kind to share his 5 essential Argentinian punk records. Click below to see it. Chelo added words and video’s to his favorite song off each record. We added Discogs links to enable easy adding to your wantlist – which I already did for four out of five of the releases on this list. Thanks Chelo! 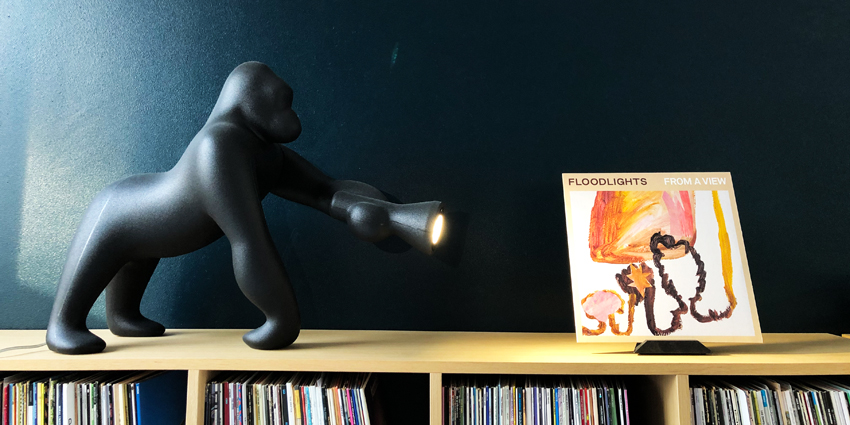 Remember Third Wave Ska, the grandchild of the genre that originated in Jamaica in the ’60’s, bred on a steady diet of punkrock, trumpets and trombones? Remember Reel Big Fish? Less than Jake? Dance Hall Crashers? The Mighty Mighty Bosstones? For a short window in the second half of the nineties, ska was kind of a big deal. Major labels signed the bands, MTV played the video’s, bands sold out the shows, and kids bought the cd’s…or downloaded the tunes. And just as sudden, ska disappeared from the limelight and returned to its natural state: the underground.

Funded by a kickstart campaign, Pick It Up documents this period. It’s all there: the sound, the dance moves, the clothing, the challenging group dynamics of touring with a band of eight human beings instead of the standard three or four, and the cognitive dissonance associated with selling out – or lack thereof. It’s a fun thowback to the heydays of 90’s ska, with many of the main players featured. To be honest, not all of these bands hold up as well, but there are plenty of ska comps and bands that I still enjoy (Bosstones! Hepcat!). I have sweet memories of seeing a lot of these bands live, even though I was more into (hardcore)punk. For a little while, ska made the punk scene more fun and diverse, it made school band geeks cool (well, sort of…), and like comedian Benji Aflalo says in the film: “skankin is so mechanically easy, it gave every awkward kid a chance to move.”

Pick It Up is a documentary very much about nineties ska, though it’s respectful to its history- there is a short animated feature section on ska’s roots narrated by Rancid’s Tim Armstrong, that is an absolute treat. In the end, this is a fun and well executed documentary, and a must watch if you were part of that scene or a fan of 90’s alternative music.

The Sweatys released two demo’s in 2020: Warm Up and Stretch. Because why make yourself an easy google search, right? I know nothing about this band, but I hope to hear more. They play fast and raucous punk, and show quite the potential. Check out my favorite song of each demo below.

I’ve been thinking about Lookout! Records quite a lot this year. It’s probably because I finally read Larry Livermore’s fascinating account of the rise and fall of the legendary Bay Area pop punk label. Of course, there was Pavid Vermin’s excellent tribute to the infamous Lookout! comps. There were several compilations and reissues of classic Lookout! bands as well, including Mr. T Experience, Groovie Ghoulies, and that hard to get first Donnas LP. And then there are the new acts who are clearly inspired by the classic Lookout! sound. Case in point: Teenage Woman. It’s a sideproject by Grath Madden (Steinways, House Boat), with Miranda Taylor (Full of Fancy) on vocals. They just released a sweet three song single that would fit perfectly on Lookout’s nineties roster. Check out the one-minute I Feel Fine, and see if you agree.

Early 1987, The Ramones played their first ever show in Argentina. Now, almost 34 years later, we still reap its rewards. Fievre, from Buenos Aires, are clearly ‘Ramoneros,’ and their new selftitled record consists of twelve instant bubblegum punk classics. From album standout La vía es bella to No sos como yo, an awesome cover of the Muffs’ Not like me, Fievre clearly wants you to pogo your way through Covid-19.

Australia and New Zealand have become a hotbed for a lot of today’s best punk acts, with Amyl and the Sniffers, Dennis Cometti, the Chats and Stiff Richards. The Cavemen are cut from the same mold. Their 2019 record Night after Night comes highly recommended. On their latest single Euthanise Me, they blister through 4 classic punk tracks in less than 8 minutes. High intensity, plenty of melody.

The Chives are pretty loud for a lo-fi band. They act pretty tough as well. They call your mom a bitch, they buy guns, do drugs and steal your candy. You’d almost miss the sweet and catchy bubblegum pop that’s underneath their loud and fuzzy guitars.

The Last released their debut L.A. Explosion in 1979 on the legendary Bomp! Records. I only discovered the record when my all-time favorite bands, Descendents, cited them as their primary inspiration. I fell in love instantly. L.A. Explosion sounds like a beachy mashup of Nerves and the Clash. Despite their pop sensibilities, great harmonies, and sheer variety in songwriting, the Last never made it out of their L.A. scene. To add insult to injury, their DIY attempt to record their sophomore album ended in a warped sound, and zero label offers. Fast forward 40 years (!), modern technology fixed the original tapes and the record is out at last. It’s a bittersweet release that I can’t wait to have in my collection. Fingers crossed that they will do a deluxe remastered reissue of L.A. Explosion next.

New band alert! Brooklyn based Heavy Lag say they play dirt pop, which is an apt description of their fuzzy and punky take on powerpop. The A-side has the second best use of an intro sample of the year (#1 here). It is short, and so catchy I played it thrice before moving to the B-side. That offers another killer track, reminiscent of Marked Men. Curious to hear what these guys will cook up next.