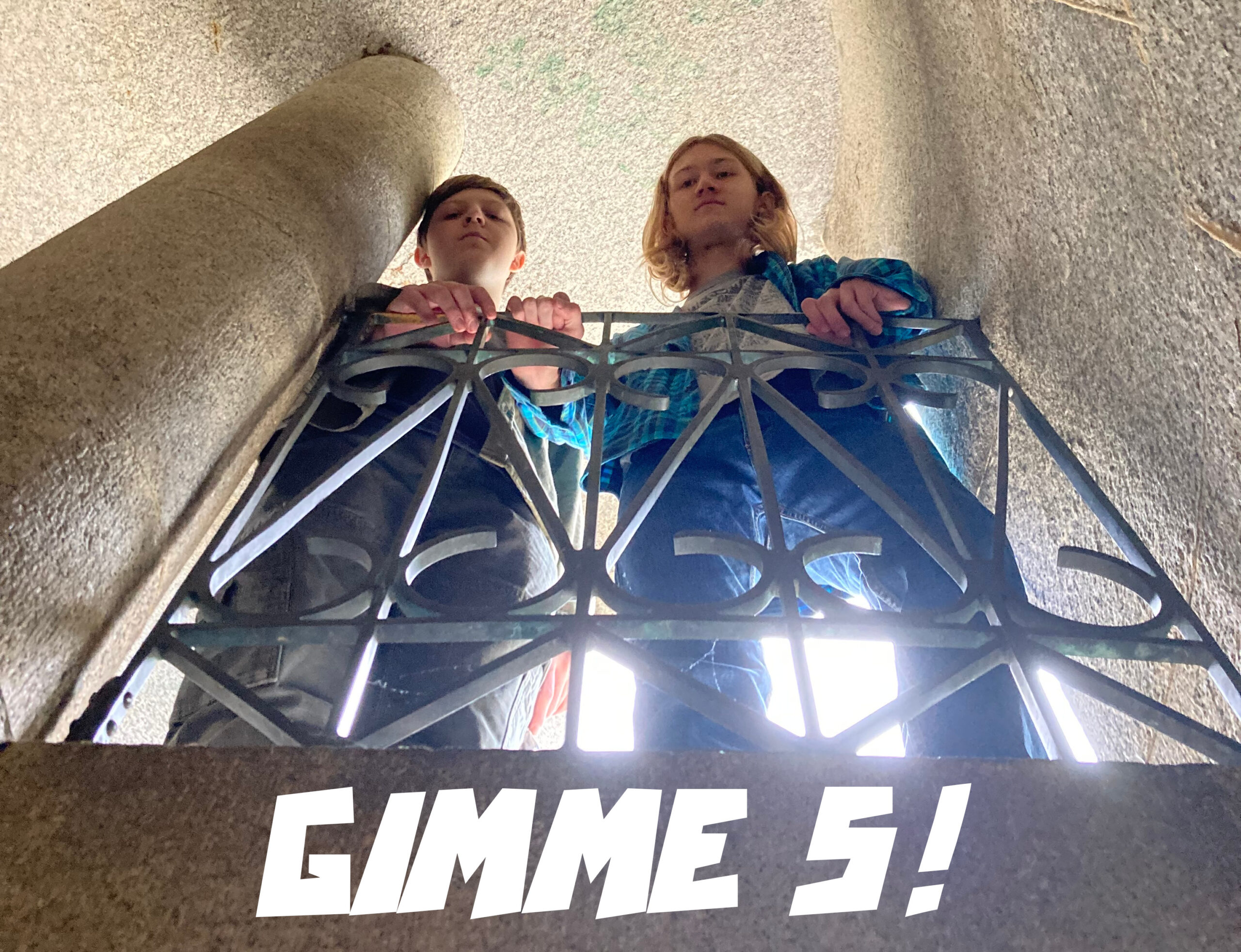 Evan Seurkamp is a young but ambitious and prolific singer/songwriter/guitarist from Southeast Ohio (US). I guess that he himself doesn’t realize yet how talented he is: in no time he has built up a high-quality body of work that would have made him a big name if he had lived in the 80s. Evan (pictured right) and his brother Quinn (left) together make up The Laughing Chimes, one of our favorite discoveries last year. Their addictive debut LP In This Town – tuneful jangle pop – ended up high on our year-end lists, and on the single Laurel Heights Court that followed they manage to maintain that level. Evan also started the project Patches (along with RKC and Aaron Griffin), which released their debut full-length Tales We Heard From the Fields – noisy post-punk – early 2022. And then he also has quite a bit of songs to his name solo, most recently the album Cruising In Your Bliss Car – folky indie pop – in 2021.

We’re talking about a rare artist with a good ear for melody, who knows how to convert everyday observations and abstract thoughts into relatable lyrics. Recorded lo-fi in his small bedroom studio space, his musical stories about life in a small town, the adventures of the house cat or the feelings that come with growing up, continually leave us in amazement. We wondered what Evan himself is listening to, and he was kind enough to answer that question in detail.

For this Gimme 5! feature, Evan Seurkamp chose four inspiration albums and then one newer one from last year he thinks more people should hear, influences that totally make sense when you know his music:

1. R.E.M. || Murmur
“The first song I knew by R.E.M. was Stand and I actually thought it was a They Might Be Giants song. Eventually I heard Radio Free Europe and I was absolutely blown away by how amazing of a tune it was (and I still am). Its overall alternative and punk attitude and Stipe’s reverb-ed and distant vocals on the chorus make this one of my favorites. That opening track off Murmur was definitely my first taste of “jangle-pop”. My favorite tracks off the album are (of course) Radio Free Europe, Laughing, Moral Kiosk, Catapult and Sitting Still.”

2. Guided By Voices || Bee Thousand
“I was told about Guided By Voices a few times before I listened to them and in my mind I pictured them as this strange and mythical group that had the most amazing diy pop songs. When I listened to Bee Thousand for the first time it lived up to much more than my expectations. Every single song off this album is a musical gem and yet every single song sounds like it was recorded inside a noisy refrigerator. Tunes like Tractor Rape Chain, Gold Star For Robot Boy, Queen Of Cans and Jars, Her Psychology Today, I Am a Scientist and Peep-Hole (my favorite off the album) get stuck in my head daily. Bee Thousand made me realize that you don’t have to make a professionally sounding song for it to kick-ass.”

3. The La’s || The La’s
“There She Goes is and always will be one of my favorite songs (definitely in my top 5 songs of all time). I am sure many others can attest to this track being a masterpiece, but the rest of the album is also on par with There She Goes. Much of this album sounds like it was ripped straight from the 60s, but it still has that gritty-ness of other 90s music. One thing I love about this album is that almost all the way through there is an excellent blend of acoustic and electric guitar. Both of them working together give each song an amazing warm quality. My favorite tracks from this record would have to be  Son of a Gun, Timeless Melody, There She Goes, Doledrum and Feelin’. It is a shame Lee Mavers was fixed on perfection (quite unlike GBV) and we didn’t get any more music from the band.”

4. The Bats || Daddy’s Highway
“There is no better way to say it except this band is so underrated and it is really sad not more people know about them. Daddy’s Highway is great from start to finish and has a lot to offer inside the vein of indie pop. A lot of the songs are quick and upbeat, but The Bats are also really good at slowing down and creating a more moody song. North By North is especially special as it bridges the gap between an upbeat pop song and a spooky sounding folk tune. The whole record is laced in a warm, fuzzy, lo-fi sound which (I am sure you realize by now) is something I love. Favorites: Round and Down, Take It, North By North, Calm Before the Storm, Made Up In Blue.”

5. Range Life || When It All Gets Old
“This album came out in October of last year and deserves much more attention in my opinion. When It all Gets Old takes lots of alternative sounds from the 90s and twists them into a fresh and extremely catchy sound. Every song on this album is very strong and could hold its own as simply a single. There are points when this record jangles and points where it gets noisy and overdriven so there is a little something for every indie music enthusiast. Probably the best thing about this album is the little nods to another of my favorite bands, Oasis. The lead singer for this band sounds almost identical to Noel Gallagher (when he would sing the songs Liam wouldn’t) and the video for West Again has to be in appreciation for the video for Oasis’ Champagne Supernova. My favorite tunes from this album are I Don’t Wanna Be Here Anymore, 2001, Milk Stout, West Again and Free Soul.”