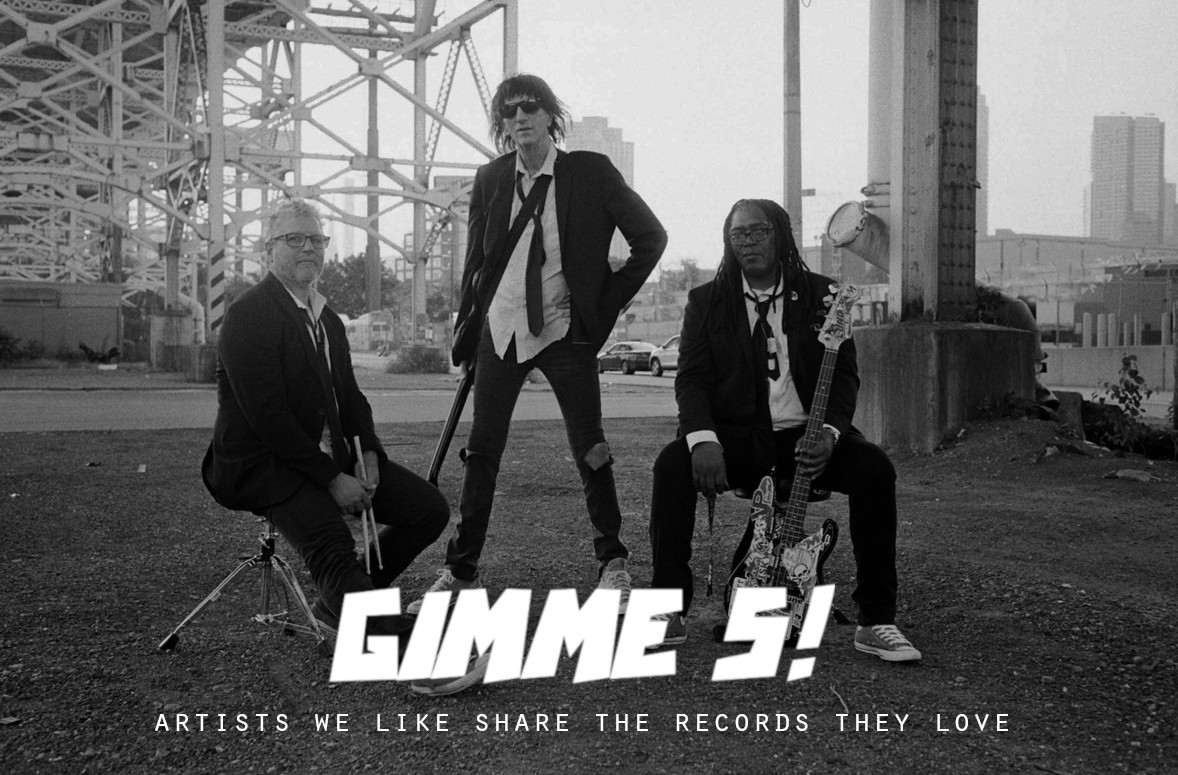 Mickey Leigh’s musical career commenced early. He started his first band in 1964 at the age of 10, and by the age of 14, he was in a band with Joey and Tommy Ramone. He has been an instrumental figure in the New York punk scene ever since, including founding The Rattlers, Sibling Rivalry (with his brother Joey Ramone), and STOP.

Five decades in his career, Mickey Leigh is about to release his first solo full-length release as Mickey Leigh’s Mutated Music. The record is called Variants of Vibe and will be out this Friday on Stevie van Zandt’s Wicked Cool Records. Variants Of Vibe is a rock’n’rolling record that oozes punk rock attitude and the emotional depth of the highs and lows of many lives lived. Put differently, the records sounds fun and feels real. And songs like Little Christine, No Fun Anymore, Spanish Eyes, and Standing In The Dark are instant classics. [post continues below]

Variants Of Vibe isn’t the only Mickey Leigh production to look forward to. Netflix will soon release a movie adaptation of his book about growing up as the brother of Joey Ramone in Forest Hills, Queens. I Slept With Joey Ramone: A Memoir stars Pete Davidson as Joey Ramone and will be directed by Jason Orley. Release date TBA.

So yeah, plenty of cool stuff happening for Mickey Leigh. Which makes it all the more exciting that Mickey took the Add To Wantlist crew on a walk through his past. Below, Mickey shares 5 songs (or albums) that, at some point in his life, he fell in love with. Enjoy reading and listening!

Variants Of Vibe is out February 18. Pre-order now!

“I was too young to buy the record when I first heard it. I was only 3, and the legal age to buy records was… well, I’m not sure of that, but I know it was 40 cents. I heard on the radio that my mom had on while she was cleaning up the kitchen after breakfast. I, obviously, never forgot the moment I heard rock n roll for the first time…by the time I was old enough to buy the record, it was 60 cents.”

“This was the first ‘single’ record I bought. I was 7 years old. In those days, me and my brother would go into the record store and look at the Top 40 chart on the counter. That was like our “menu”. It’s My Party was #1 on the chart that day, so we got that one. It was the first one we put in our record box. We loved the song…and parties.”

“The first album I bought, or co-bought with my brother, was Meet The Beatles. But, I don’t think any album made more of an impact on me than Sgt Peppers. It seemed like they fit the whole world fit into that thin slice of wax. The Beatles had already changed my life completely. Like a millions of other kids, they were not only the reason I wanted to start playing music, but the reason I wanted to open my ears to all kinds of music, not just rock n roll. When I’m 64 ain’t exactly a rocker. I knew it sounded like “old” music, but it made me curious about what they’d heard in that “old” music that they liked enough to enable them to make songs like that. And that opened me up to listening to old jazz records. The other songs, like A Day In The Life opened me up to listening to classical music. The other songs opened me up to listening to anything.”

“…or if you want just one – Are You Experienced. Listening to Jimi Hendrix when you’re 13 years old, was like getting high before you started getting high. That record took me off the planet and into the great beyond….wherever that is. When I started listening to Hendrix, the sky was no longer the limit, and I was kissing the sky goodbye.”

“There’s no album that reminds me how much fun rock n roll can be as that one. …what more can ya say about “fun”? I mean, other than how important it is to have it.”

1 thought on “Gimme 5! Mickey Leigh Shares Five Records He Fell In Love With In Anticipation Of His Solo Debut”