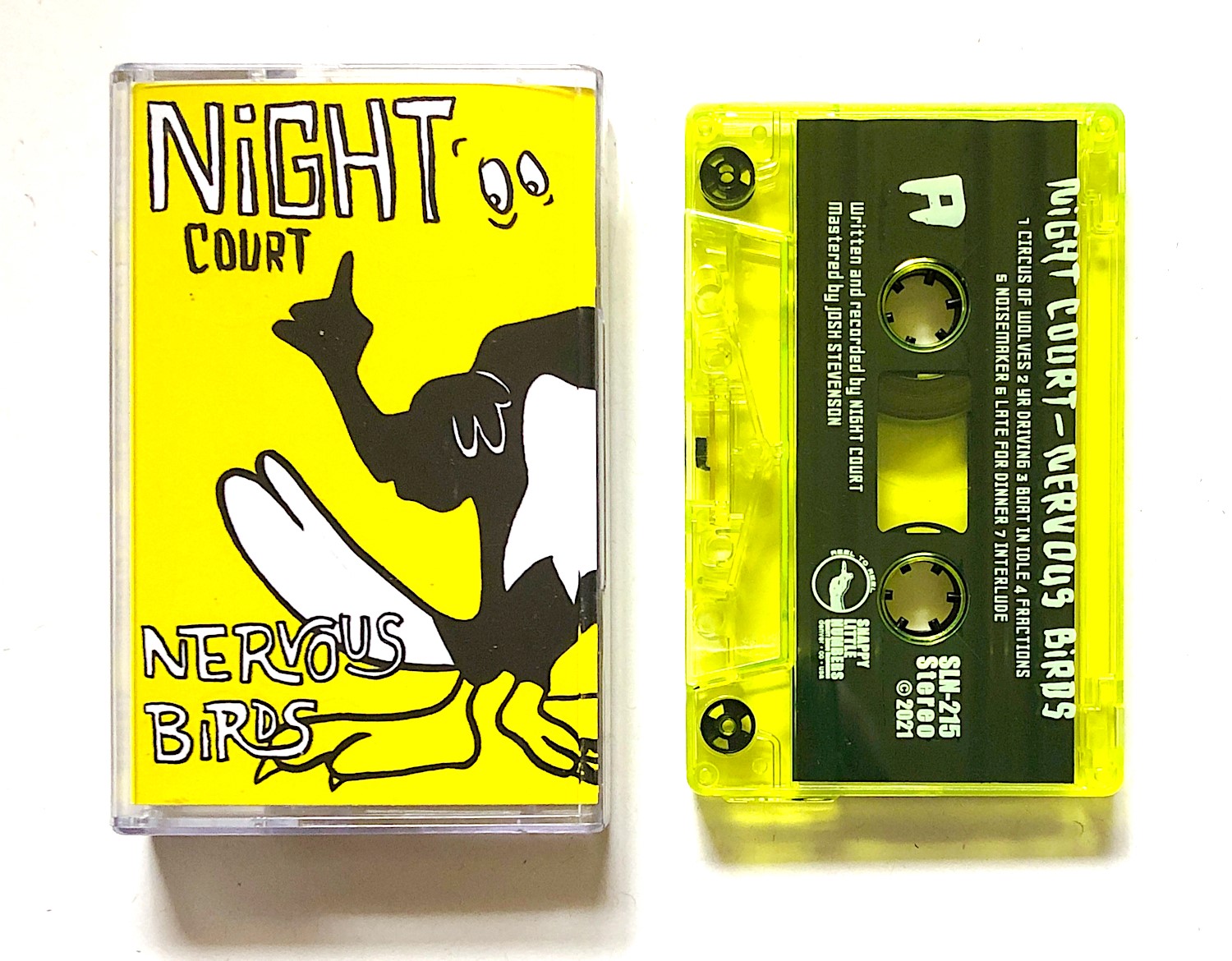 We’re absolutely stoked to premiere Nervous Birds! One, the debut album of Vancouver’s next breakout band Night Court. The album will be out this Friday (Dec. 3) on tape via Snappy Little Numbers (USA) and Debt Offensive Records (Canada), but you can already stream it in its entirety below.

Nervous Birds! One is a short but sweet lofi indie/punk/pop masterpiece that packs a punch and is filled to the brim with hooks and earworm melodies. In management lingo, it is a record that is highly efficient AND effective. That was exactly what Jiffy Marx (Autogramm) and Dave Soul, who have a shared past in Jiffy Marker, had in mind with Night Court. “We recorded all the drums to Jiffy’s old Tascam 4-track and tried to keep everything to one or two takes. We wanted to avoid being too ‘precious’ with the songs and just let them fly out,” Soul explains. The duo had 30 songs written and recorded over three sessions between April and July 2020. Only four of these songs were thrown out because they didn’t come out the way the band wanted. Jiffy Marx adds: “In 2021 we added the final piece of the puzzle when Emily (of Synchromantics and Pet Blessings) joined, playing drums and adding vocals.”

Dave Soul explains how Nervous Birds! One is the first installment of a duology: “We figured 26 songs was too long for one tape. Well actually, the songs are pretty short so maybe we thought 26 songs was too many for one tape. Either way, we have a lot of songs!” It’s not the quantity that stands out with this record though, it’s the quality. Although there is a lot of spontaneity to the record, the songs are insanely catchy and well constructed. Soul continues: “We kinda use a ‘black box’ joke as a guide for songwriting…you ever hear someone say “well if the black box on a plane is so strong, why don’t they just build the whole plane out of that stuff?” We think songs should be the same – why not just use the good parts?”

Listen for yourself to discover all of the good parts of Night Court.