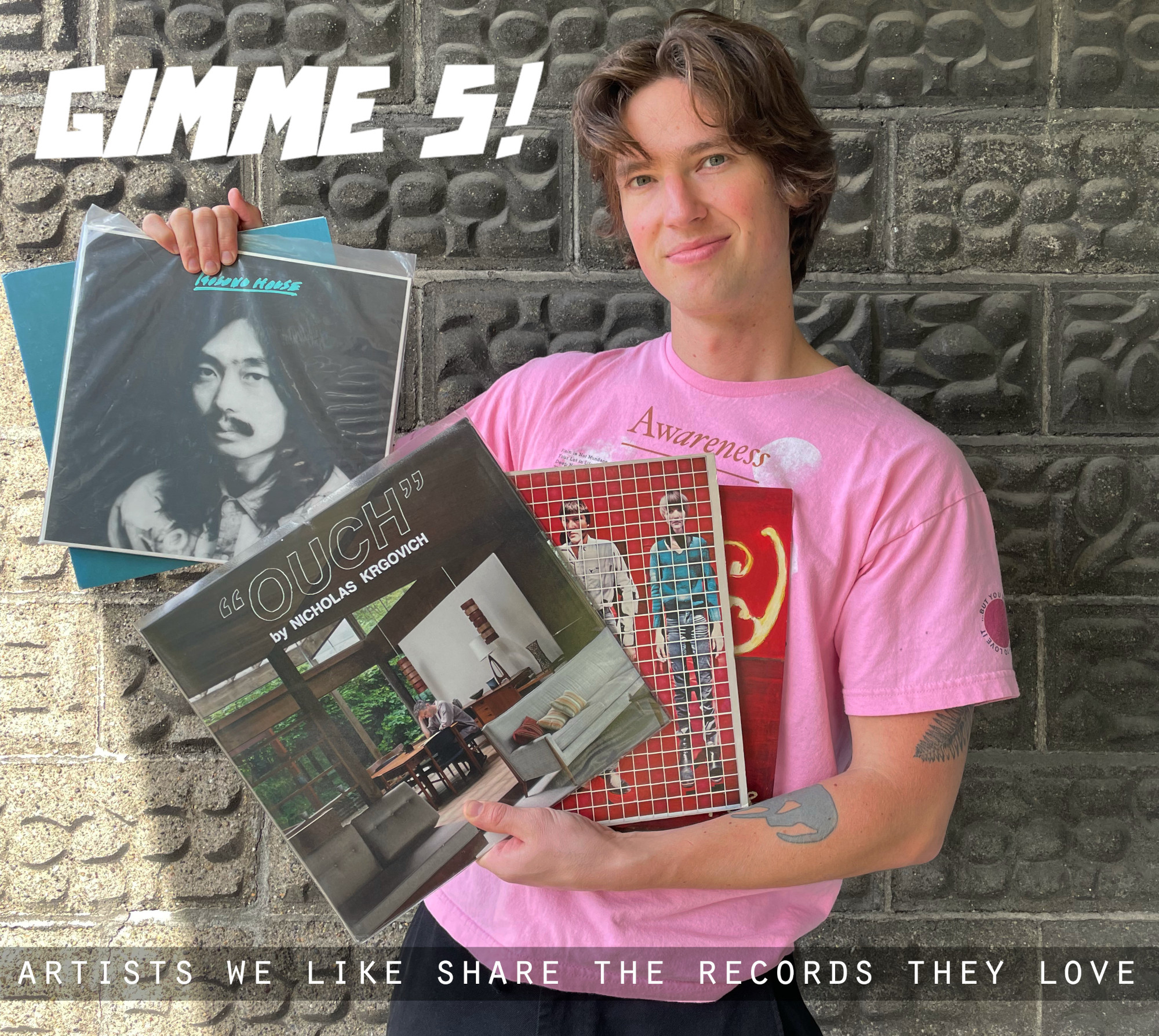 It’s been a while since our last Gimme 5. Stephen Steen must have thought so as well, because out of nowhere he sent me his five favorite records. How did this happen? Well, when you release a superb record with the potential to cross over to a major audience, you get a lot of requests and e-mails all of a sudden. And it’s easy to mixup requests from different music sites. Our win! That superb record by the way is Wild & Free by his band Megadose (our review here). It’s a record that slowly wins you over; a record on which Megadose put their own spin on ’00s indierock. If you are a fan of acts like Bands of Horses, The Shins, Fleet Foxes, The War on Drugs and Frightened Rabbit, I believe you will like this band a lot. Recently, Megadose released its first video ever which should give you a good sample of their music. [post continues below]

Below you can read and listen to Stephen’s 5 picks. For those who’d like to hear more of their inspirations, Megadose have created a “What are your influences?” playlist on Spotify.

2. Haruomi Hosono || Hosono House
“Best known as the founding bass player of the legendary 1980s Japanese electropop group Yellow Magic Orchestra, I got my hands on this solo release due to Seattle’s Light In The Attic Records’ tasteful reissue of Hosono’s pre-YMO solo works. The whole thing was self-produced in his home in 1973, which resulted in a uniquely beautiful and organic sound. Rumor has it that it was written to loosely emulate an early James Taylor release. I think it tops JT by a long shot. Top cut: Boku Wa Chotto.”

3. Talking Heads || More Songs About Buildings And Food
“If you know me, you know it would be impossible for me not to include a Heads record on this list. I love them all (well, maybe Naked less than the rest…), but More Songs is a special favorite of mine. The first of their collaborations with Brian Eno, the arrangements and production on this record are more spare than much of their later work, giving the listener an intimate sense of the 4-piece musical chemistry that made the band famous. It was ahead of its time when it was released, weird as hell, and 40+ years later, it still hits. Top cuts: Warning Sign, Found A Job”

5. Smog || Supper
“Bill Callahan’s music is always a good backdrop for a contemplative drive or slow morning at home. This record from his pre-solo days is one I reach for a lot. It’s so minimally produced, which helps the exceptional songwriting stand out. Something about the way it’s mixed, with loud, overdriven rock guitar made artificially quiet to match the near-deadpan delivery of the vocals and muted drumming always catches my ear. Top cut: Butterflies Drowned In Wine”