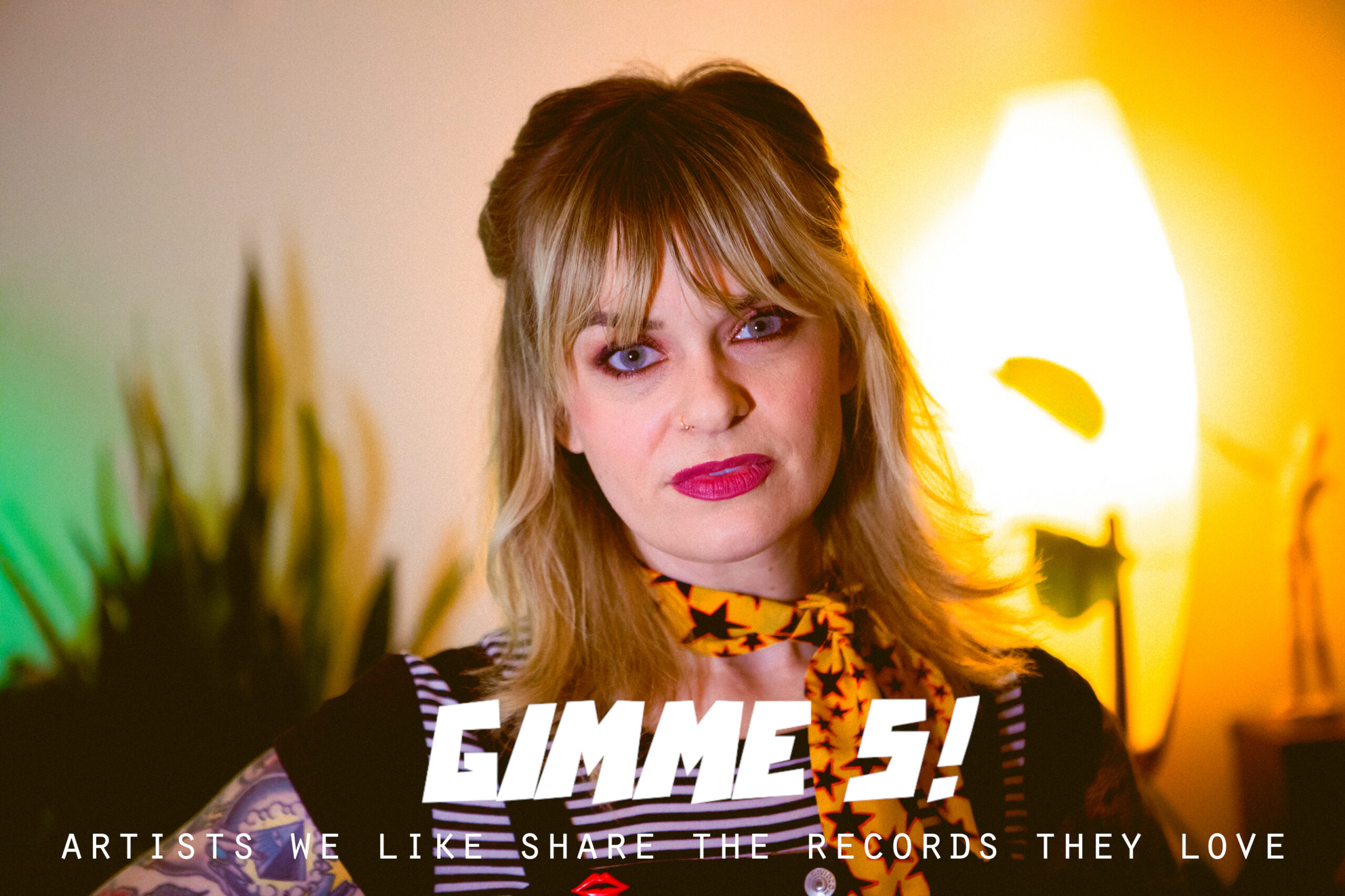 The Go-Go’s arguably are one of the most succesful all-girl bands of all time. It’s kinda crazy how quickly the band catapulted from the LA punk scene into having a #1 record. By writing their own music and unapologetically rockin’ out on stage, The Go-Go’s inspired kids around the globe to pick up an instrument and get at it themselves. To celebrate the LA band, Sympathy For The Record Industry will soon release a massive 24-track tribute called If You Gotta Go-Go, Go-Go Now. Featured on the album are powerpop royalty (Paul Collins, Josie Cotton, Holly & The Italians, Fastbacks, Nikki Corvette & Mike Skill of The Romantics), and contemporary pop punk and power pop legends (and Add To Wantlist faves) like The Yum Yums, The Suitesixteen, Pale Lips, Baby Shakes, Juniper and Natalie Sweet – this Facebook page offers the full track list and artist profiles.

In anticipation of the album we reached out to massive Go-Go’s aficionado Natalie Sweet. Natalie, whose contribution to the tribute (He’s So Strange) we cannot wait to hear, was kind enough to to share her favorite six Go-Go’s songs with us. Not an easy task: “There are just so many classics as far as I’m concerned and I’m a Libra….but I’ll give it my best shot anyways!” Read and listen below for a countdown of the songs. Natalie’s explanations reveal a love for the band that is contagious and we hope you get as excited about revisiting these songs as we did.  [post continues below]

Oh, and If you’re unfamiliar with Natalie Sweet’s music, she played in girl group/garage/pop punk hybrid The Shanghais, and catchy lo-fi punk outfit Control Freaks. In 2019, she released her solo debut Oh By The Way…It’s, a hit packed power pop gem of an album that sounds like a punked up version of the Go-Go’s. This month, she released her first new song in over two years. It’s called Video Phone and with its new wave vibe and repetitive chorus, it opens a time capsule to the hit parade of the ’80s. The song is also included on a highly recommended new compilation by Rum Bar Records. More new music is on the way: Sweet recently recorded a double A-side single with Brad Marino and is working on her second solo album. More on that later, let’s talk Go-Go’s!

“I like to say I’ve been a Go-Go’s fan my entire life and this song was #52 on the Billboard Top 100 the day I was born, which only proves my point. I imagine it was playing in the delivery room as I danced my way into the world. I just love the surfy-pop-new wave sound and that catchy little guitar riff. Go-Go’s songs always have a lot of parts which give each band member a little chance to shine and my favorite in this tune is the surfy drum feature in the breakdown. Go Gina!”

4. Our Lips Are Sealed

“There’s nothing I love more than a little scandal in my pop songs and Our Lips Are Sealed delivers in every way. The cheeky lyrics and melody were written by the amazing Jane Weidlin and Specials singer Terry Hall after their brief but forbidden tour romance in 1980. Hey, if you’re going to cheat on your girlfriend on tour you might as well do it with Jane Weidlin and she might as well write a hit song about it, right? Naturally, Our Lips Are Sealed has found its way to Rolling Stone’s Top 100 Greatest Pop Songs of all time and to the top of the charts in my heart. Jane is a hit-maker!”

“To me this is a damn near perfect song! From the first drum beat you know you’re in for something good but then comes guitar, that dreamy bass line, and then pow Belinda’s voice! Her little growl on the line “Jump back! Get down!” gives me chills. It’s just infectious! A guaranteed good time, every time; At the dentist office, at the thrift store, at the roller rink, this song can do no wrong. Truly iconic and wholly inspiring for me and scores of other young Minnie Mouse-voiced punks. Love you, Belinda!”

Head Over Heels: “Holy smokes the harmonies! Harkening back to the girl groups of the 1960s, the super sugary vocal layering on Head Over Heels makes me squeal with satisfaction. Here the Go-Go’s get to feature their secret weapon, bassist Kathy Valentine who both penned the tune and completely slayed that bass solo (side note: I highly recommend her recently published autobiography All I Ever Wanted: A Rock n Roll Memoir). I also can’t get enough of the keyboards which give the song a hell of rock n’ roll momentum. Currently on repeat on my car stereo for daily good vibes.”

Vacation: “It’s not possible to make a Go-Go’s list and not include this one… even your grandma sings along to this one. The original version of this was written & performed by Kathy’s early band the Textones. Add a little Charlotte magic and you’ve got another earworm and bona fide hit! And we can’t downplay the absolutely outstanding visuals of the band on waterskis, truly brilliant. Kathy is killer!”

“This song captured my heart around age 20 when my powerpop obsession was just beginning to blossom. The vocal harmonies and the guitar hooks are pure pop perfection and I could only wish to write a song this layered and amazing. Charlotte Caffey’s guitar playing is on point as always and this song highlights the songwriting prowess of Caffey & Weidlin. How Much More hits all the sweet spots for me and makes me go crazy, oh yeah! I’m obsessed. Charlotte slays!”