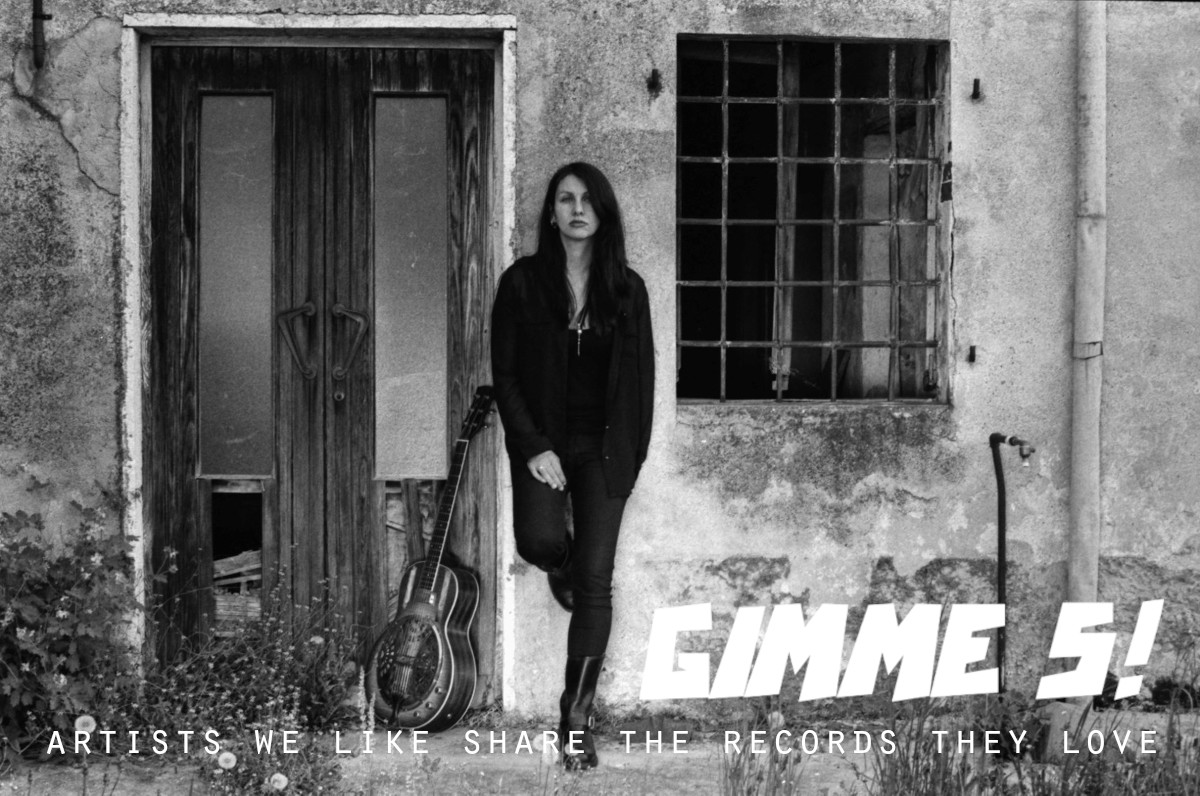 Now this is a good story about a unique artist. Elli de Mon (aka Elisa De Munari) is an Italian one-woman band that has released six albums since 2014 and did exciting shows on countless stages across Europe, mixing primal blues with primitive garage punk. That already sounds interesting, doesn’t it? During her pregnancy she didn’t perform for a while, but she found time to write a book about the female blues artists of the 20s: Countin’ The Blues: Indomitable Women. In tribute to these great women, she then decided to record the songs she wrote about. A great idea if you ask me. Watch and listen to Elli’s version of Bessie Smith‘s Blue Spirit Blues below, and you’ll see what I mean. Intriguing, and very cool. [post continues below]

The album Countin’ The Blues releases June 18 through Area Pirata Rec, you can pre-order it here.

When I asked Elli about five records that have been important to her, I expected a list of jazz and blues legends, but I couldn’t have been more wrong: her answer contains some unexpected, surprising treasures.

Elli de Mon explains which five albums have influenced her the most:

“This is one of my favourite records ever. She is amazing and her bandmates are awesome, like Pharoah Sanders. If you wanna have a nice trip into the cosmos this is the right record to play.”

“He was my first connection with the blues, when I was a little kid. I fell in love with his guitar and I sold all my wardrobe to buy me a fake Stratocaster. In this record you can find anything you want: rock ‘n’ roll, blues, psychedelic music…”

“She was my teacher in Dhrupad singing, an ancient music from India. Her voice is so clean and pure. Mystical. Another dimension.”

“Maybe my favourite band. I saw them live when I was 14 and the day after, I started obsessing my guitar teacher with them. He told me I wasn’t the right pupil for him.”

“This is my favourite sitarist. Studying Indian music was one of my best choices in life. Getting in touch with my teachers changed my life.”

1 thought on “Gimme 5! Elli de Mon Shares 5 Albums That Influenced Her The Most”