Let’s start my review of the new Down By Law record with some backstory. A disclaimer if you will, hope you don’t mind.

Back in the nineties, label compilation cd’s were THE way to discover new bands. None was as influential to my midteen musical upbringing as the first Punk-O-Rama compilation by Epitaph. For someone who used to draw logos of AC/DC and Twisted Sister in his notebook, the poison green album cover full of band logos felt enticing, even though with the exception of the Offspring,  I knew none of the bands featured. Rancid? Bad Religion? NOFX? Pennywise? Never heard of them. I was sold from the moment the opening chords of Bad Religion’s Do What You Want blasted to my speaker. One track on the comp particularly stood out: Bright Green Globe by Down By Law. The song wasn’t the hardest nor the fastest, but oozed emotion, intensity and melody. In the next years, Down By Law would become a pivotal band to me, both lyrically and musically. I’ve played few records as often as punkrockacademyfightsong and All Scratched Up! Their predecessor, the 1992 record Blue is another favorite, but the remaining records contain splenty of great songs – here’s a playlist with my favorite DBL songs. Down By Law also were my entrance point to 80’s punk and hardcore; once I checked out DBL frontman Dave Smalley’s previous bands (ALL! Dag Nasty and DYS), all bets were off.

In recent years, Dave Smalley has become really productive  again, doing reunion shows with D.Y.S., starting pretty good new bands (Don’t Sleep, Dave Smalley and the Bandoleros), and breathing new life in Down By Law. In 2018, the band returned in style, with All In, an inspired effort I believed was the best DBL record in twenty years. And this friday, 30 years after the first self-titled Down By Law record, the band will release their tenth full-length record: Lonely Town.  It’s been streaming early on Bandcamp though, and I have been playing it for the past couple of days. How does the record compare to the band’s previous output? It very much is a Down By Law record, with vintage Sam Williams III guitar work and that unique heartfelt Dave Smalley voice who sounds ageless on this particular record. Several songs are throwbacks to previous albums. Album opener Denim and Leather sounds like a song from Last of The Sharpshooters. Gleam, and Steal the Night remind me of Blue, and Black Sheep would not look out of place on All Scratched Up! 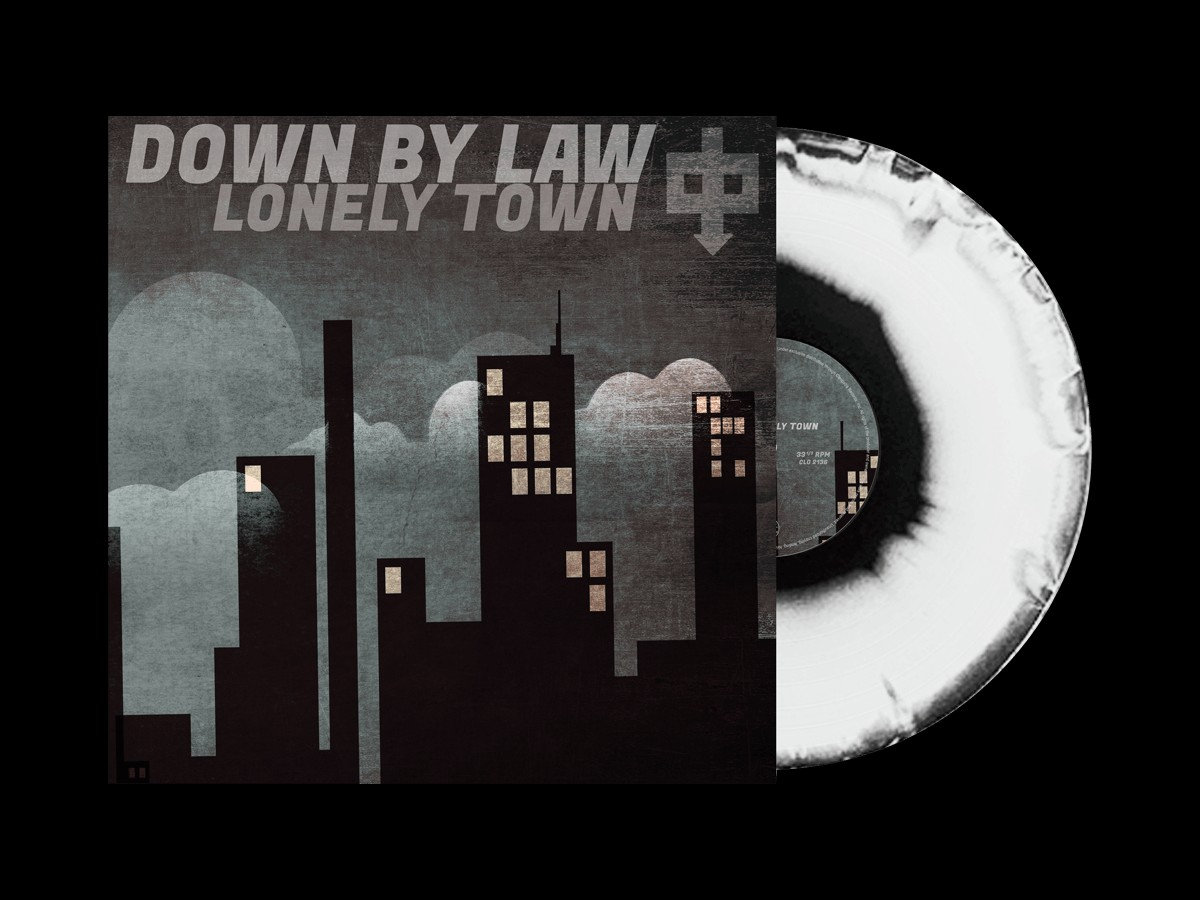 For a band that have always placed music above aesthetics, this album looks pretty good.

Thoughout it all, Down By Law sounds fresh, energized and inspired on Lonely Town. And though familiar, there are plenty of songs that depart from the typical DBL sound. Down By Law have never been afraid to experiment. They’ve always been about the music, not about being cool or punk or trendy or rehashing the sound of previous records. But this time, it is almost like the band removed all musical restrictions when recording this record. Here is a veteran band that challenged themselves writing and recording new music, and clearly had a lot of fun doing just that. For example, listen to the hardrock influenced Darker Sun or the full on rock-‘n’-roll of album closer My Reservations Been Confirmed. Go Back Home and Heroes and Zeroes sound like DBL’s take on classic rock, whereas Soar is a punk ballad with a, for a lack of a better word, soaring guitar solo. Somehow, all of these songs fit well together, supporter by its strong production. There is a lot of detail and layers in the songs and the backing vocals and harmonies are impressive – listen to the title track for example. The result is the most diverse DBL record to date, an above average addition to their discography. How many bands can say that after 30 years?